Every one of us has a favorite snack. And for the cute little animals in the video below, it seems they are fans of strawberry yogurt – or at least the container it comes in.

The parrot in our video was enjoying his treat when all of a sudden, his pooch friend decided to have a taste. And then the battle of the pets began. It is really funny because neither of them knows how to share. This is pure, hilarious chaos.

The pup and the parrot both fight for their rights to the yogurt, and it is really hilarious. The poor bird is confused about why the pooch is stealing his dessert right under his nose, but despite his small size, this brave guy doesn’t give up at all. You are going to be in stitches when you see this funny tug of war between them.

It looks like the pets’ parents gave the yogurt container to the bird, originally, as a treat, and the bird is eating the yogurt from the empty container. Everything is going well until the dog comes along. He takes the container away from the bird. You would think he has the advantage of size, but this bird is not deterred.

This bird must know this dog really well because he takes the yogurt container away without hesitation. This tug-of-war goes on for quite some time, and each time I think the dog is finally going to get the message and give up. I’m going to let you guess who wins. 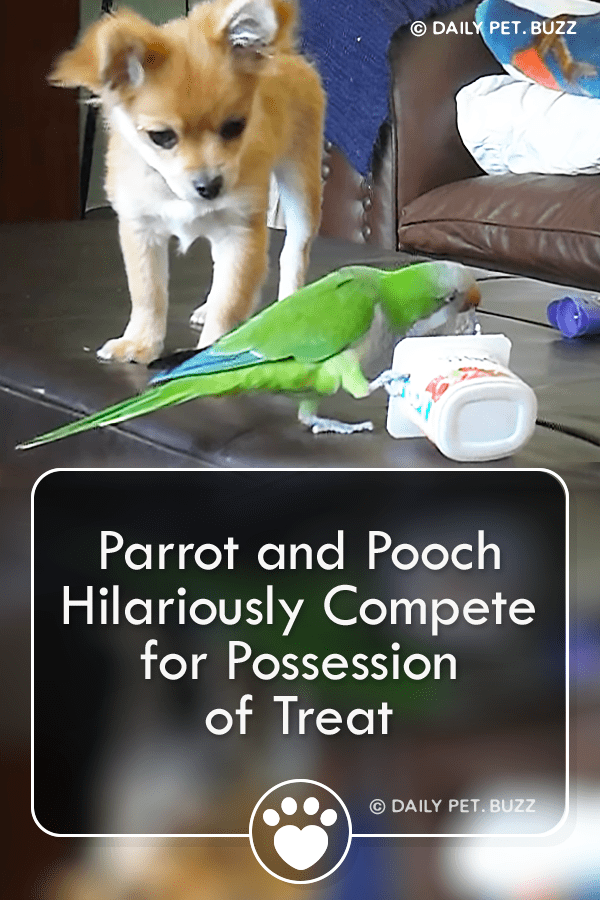