There are fewer things more beautiful than seeing a graceful horse canter around a field. Just the effortless synergy of muscle and speed is breathtaking. They can also be fun to watch just walking around, I love the bobbing of their heads as they do so. It’s like they are walking to the beat of their own music. If you’re a horse lover, then you will definitely want to watch this video here.

We see Pepita, an Arabian horse come out with her trainer, a man in military garb. He guides her to a certain part of a field, using a bridle as a prop ” he points it at her and has her focus on it, not as punishment. After a few moments, both start running around – well, she’s more trotting while he’s running. He has her on a bridle and leash, but he barely has to use it to guide her anywhere.

The man running alongside her decides that he’s put her through her paces enough. The bridle comes off and she starts galloping around the field. You can almost see the giddiness in her eyes as she does this. Even the most highly-disciplined people and animals like being able to let loose every now and then. She’s letting the wind run through her mane, for sure. I have no idea what that actually means, but I like the sound of it –

There’s one thing that I’ve always wondered whenever I see these horses run. How in the dickens can they actually do it on those thin legs? I was watching Pepita run and was just amazed at how she could reach those speeds with that massive torso and thin legs? That’s why I’m not a horse racing fan. This though, is nature at its finest ” seeing such a creature roaming around free without reins.

Wasn’t Pepita fascinating to watch? What experiences have you had with horses? Tell us in the comments section below. Also, it would be fantastic if you ‘Like’ us on Pinterest. 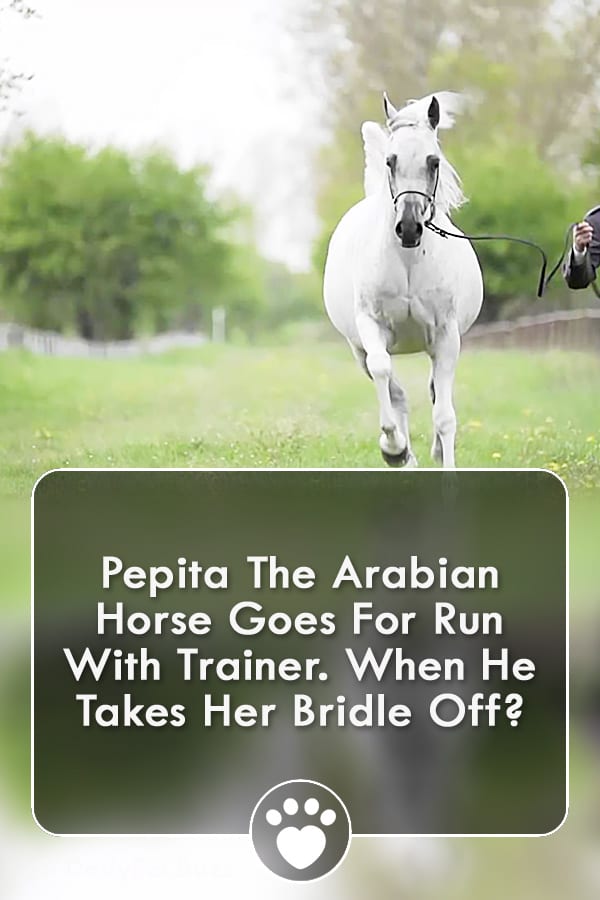