I love all kinds of animal videos, but the ones that really grab my heart are newborns. Show me a playlist that involves newborn kittens, puppies, pigs, and any others, and you’ve got me hooked for at least an hour, if not more. There’s just something about seeing these creatures who have just recently entered the world ” they’re so cute, small, wrinkled, and cuddly. The noises that they make are also endearing. That’s why I’m really enamored with this video.

The video shows a bulldog puppy named Tebow ” gee, I wonder what sports Mommy or Daddy likes here – hint, it involves a lot of tackling ” who’s trying to walk. His legs aren’t quite strong enough to let him do that. He’s not happy about that limitation and he is letting everyone know about it, loudly. It’s like he’s pulling his body around with just his two front paws. Not to worry, though. He’ll grow into a big, healthy dog who can walk around wherever he pleases. Remember, your own baby couldn’t walk at first –

What makes this even better is that Tebow is a rescue dog. He had lost his birth mother, so his being put in a nurturing environment was extremely important. There had been some question about his chances of survival, but as you can see here, he’s not one to give up no matter the odds. He’s going to will those legs to start working, darn it. His feistiness here is just more proof of his resilient nature. Though his parents might come to view his stubbornness as annoying when he gets older and can do things like just standing still when he doesn’t want to go anywhere. People could get workouts from trying to drag an unwilling bulldog anywhere.

That’s why this video is so popular ” merge a cute animal with a feel-good story and you have viral chemistry waiting to happen. Given that he lives in Hollywood, a film career can’t be too far behind. If they ever make a dog version of ‘Rudy’ , we know who will be cast in the lead role. Maybe one day, Tebow can meet his namesake and two underdogs can bond. We’ll have to wait to see how the human Tebow’s baseball career pans out first, though –

Tebow made me want to go out and get a bulldog. How about you? Do you want to get one? Leave a comment below! 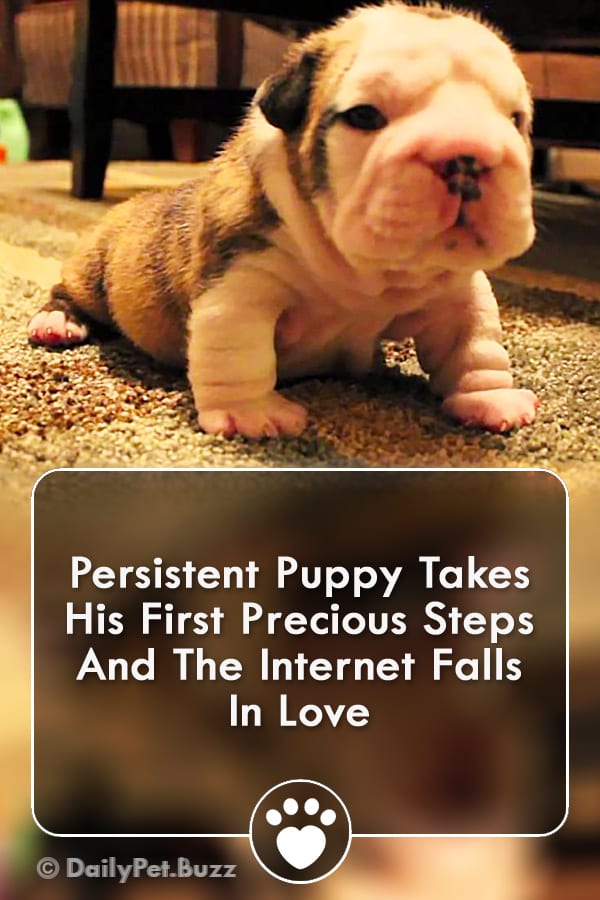