There are times when work becomes downright boring and it seems like the day will never end. For people in some lines of work, there’s simply no escape. If you’re a roofer like Andrew Wilcox, it may depend on what’s on the radio. In his case, Enrique Iglesias led him to down tools for a minute…

Enrique Iglesias has earned the nickname “King of Latin Pop.” He was born in Spain, the youngest child of singer Julio Iglesias. In 1986, the 11 year-old Enrique moved to Miami with his family and it’s in the United States that he subsequently launched his musical career. He began studying business at the University of Miami but actually had his heart set on becoming a musician. However, he didn’t want his famous father to know about his plans (or coast on his father’s name), so his early songs were promoted as being by “Enrique Martinez,” supposedly from Guatemala. He soon became a sensation and has sold over 150 million records worldwide.

One day when Wilcox and a colleague were building a shed, the Enrique Iglesias song “Bailando” came over the radio and this got the roofer dancing! Literally dancing. The backstory is that Wilcox spent a couple years in Arizona as a missionary and learned some Spanish while he was there. He’s come to see himself as a Mexican-by-adoption. “It’s only natural that when the radio plays those Latino tunes my hips start to sway. I love the music. I love the culture. I love the dance.”

As you’ll see in the video posted below, “Bailando” really had Wilcox going, busting out some incredible, even acrobatic, moves up there on the roof. The other roofer doesn’t seem overly concerned — perhaps he’s seen this before. The world seems to appreciate Wilcox’s dancing skills: the video has more than 3 million views and even inspired another roofer to let his employees take short dance breaks! 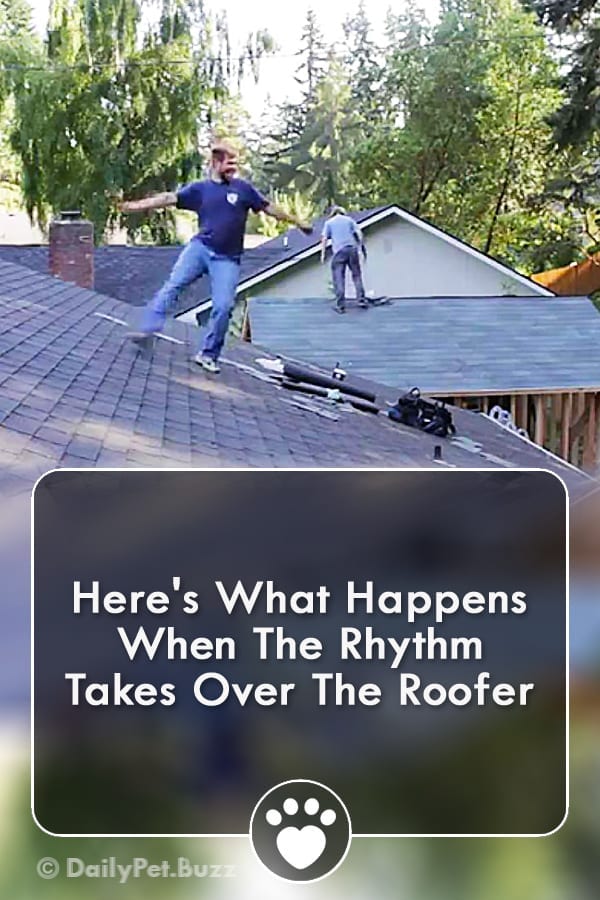