I never understand how people can let dogs stay in such deplorable conditions. They don’t deserve to be suffering. Thank goodness there are good people out there who do what they can to remove the dogs and help them recover. Unfortunately, it’s like putting one finger in a dike that has over 1,000 holes. Other water is going to be flooding out. Here’s a story of one such effort to plug in a hole.

Keane is a pit bull who was at a breeding colony in North Carolina. He was chained up at a mere six weeks old and developed a terrible skin condition. PETA would come by twice a month and his condition got bad enough that even the breeder thought it was better that he get care at PETA. He seemed to have a bright spirit even with his tough conditions ” would that continue to grow if he got help?

The people at the PETA shelter took Keane in, gave him medicine for his condition and also gave him a lot of love, which had been in short supply during his time chained in the yard. He got better, both physically and emotionally. He eventually wound up with a couple that had another pit bull, who he made fast friends with. Now he has a yard that he can roam around in all he wants. What a great ending.

The video even said it ” sadly, this is not an unusual situation. There are people who view dogs and other animals solely as property and don’t care how much they are hurting or what kind of conditions they live in. I only call them ‘people’ because they share the same biological characteristics as me, but I don’t see them as human. It’s great that Keane got into his forever home, but there are a lot of others that are still looking.

I was so happy that Keane got the forever home that he deserved. What do you think of all this? Tell us in the comments section and please ‘Like’ us on Pinterest. 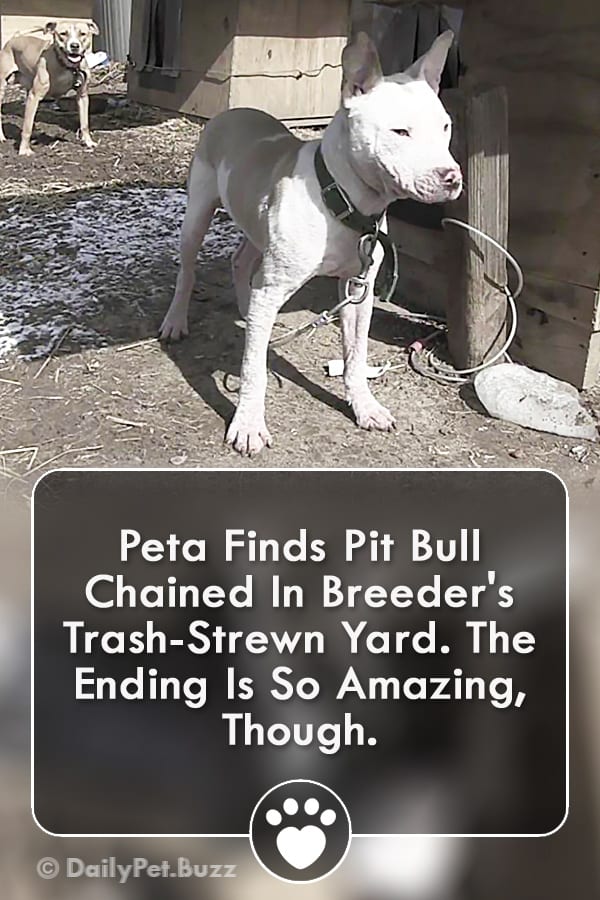