You know that feeling when your legs won’t carry you quite as far as you’d like them to? I’m only 5’3′ so I know this feeling well and that’s probably how this adorable pup feels. He’s a little pit bull puppy with his two siblings, but they don’t seem to interested in jumping on the bed. They seem more interested in getting in his way.

His teeny, tiny little puppy legs won’t carry him up high enough while he’s trying to join his human parents on the bed, but he wants up there so badly, so he just keeps trying. He is short on legs, but long on determination. What makes this all the more adorable, of course, is that the jump isn’t even that high. But just wait until you see his most epic fail right at the end of the video. I’m glad the owners stopped the video because they were probably laughing too hard.

We’ll assume that after these repeated futile attempts his human mom and dad reached down to help him out and scoop him up. The alternative is that he tried until he reached victory, much like the dog who proved perseverance can conquer any height where jumping is concerned, even for all those short-legged cuties out there. But I suspect he didn’t conquer anything and ended up needing his mom and dad’s assistance if he was going to cuddle with them on the bed. 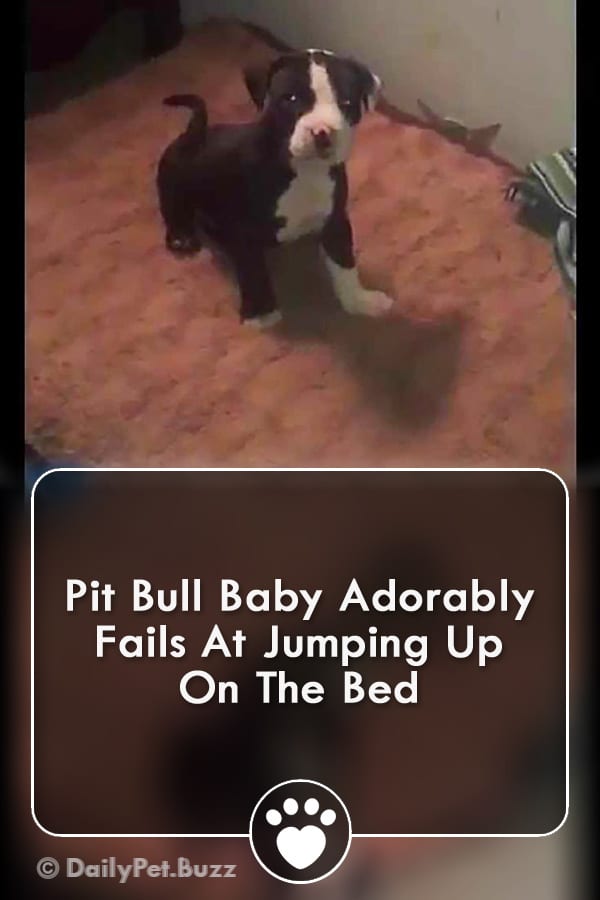