April Morris of Bennettsville, SC thought she had lost her beloved pit bull for life when the poor gal went missing in December of 2013. The family couldn’t find her even after offering a $500 reward. But around March 2015, nearly two years later, they saw footage of their dog, Nina Louise, being rescued from a massive cockfighting bust in Marlboro County, SC on the nightly news.

They wasted no time in calling the Humane Society to claim the pit bull. When Nina saw Morris and her family, she immediately started wagging her tail and ran straight towards them. The poor pit bull was emaciated and appeared to be in bad shape, but her family is just happy their pet is alive. Now she is home and can recover and return back to the beloved family dog that she was before she went missing.

April got a big surprise when she went to pick up Nina Louise. She had given birth to ten puppies! Now April is taking care of Nina Louise, nursing her back to health, while she looks after the puppies until they are old enough to be adopted. The Humane Society has already found homes for the puppies.

This clip makes us aware of how important it is to not only spay and neuter our pets so these accidents don’t happen, but also that they need to be microchipped and protected in their own home. Some breeds are in danger of being stolen for these fighting rings, so it is very important to have measures in place to prevent this from happening. 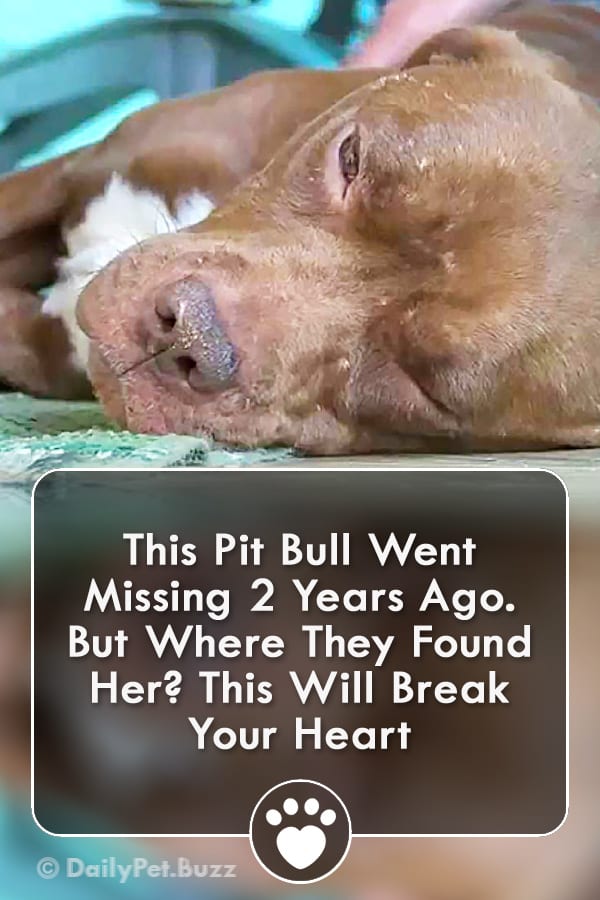