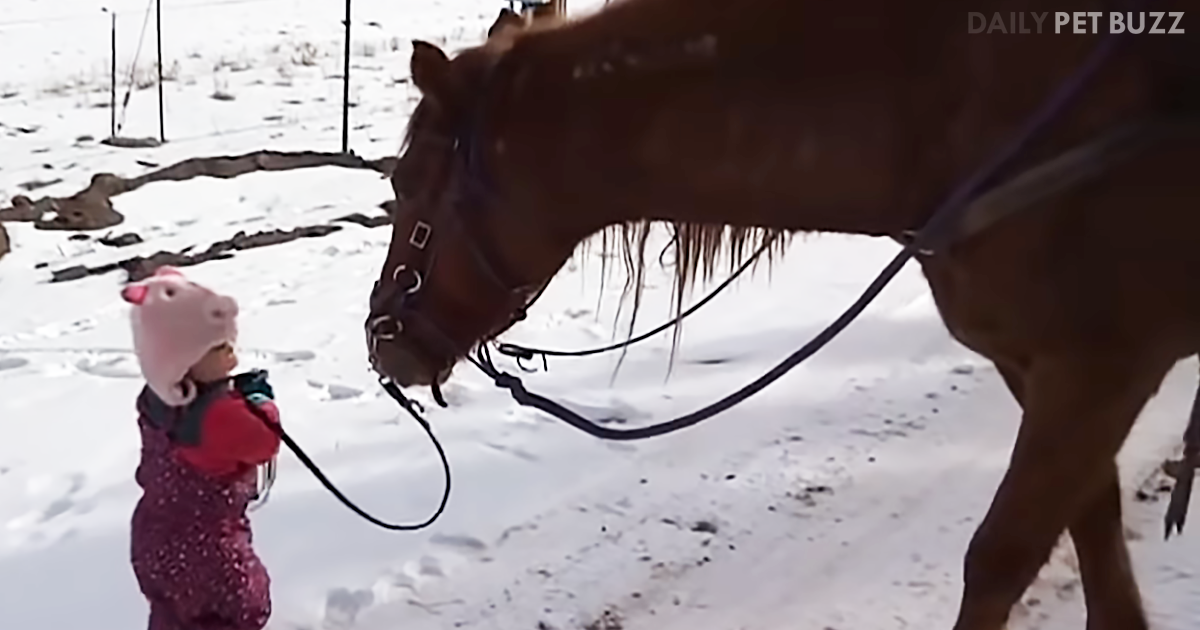 A child’s bond to someone they love is strong. When that someone is a giant animal, it also becomes very special. Emma is a toddler who has developed this special type of friendship with Cinnamon, a horse. Emma met Cinnamon when she was a baby, and since then, they’ve become remarkable friends.

The little girl’s father, Justin Dunn, cherishes this bond – and for a good reason. On the family’s ranch in Colorado, Justin works as a professional horse trainer. The friendship that was fused at such an early age was able to blossom through a mere couple of years.

“These two had and still have a special bond,” says Justin in a blog post. “Cinnamon Girl LOVES her Emma.” As we can see through Dad’s footage, there’s no denying what he says is right. When Emma is around, Cinnamon instantly becomes calm and careful, watching the little girl as she stumbles along. Every step she takes, Cinnamon is right behind her, attentively watching.

The real exemplar of Cinnamon’s love for the little girl is when Emma becomes stuck in the loose reign. Cinnamon tamely stands by her side, encouraging her to gather the reign up again. What’s amazing is that Cinnamon is the first to notice Emma’s stumble. Her caring and watchful demeanor is very sweet. This is what makes the video below one of the most heart-warming on the internet today.

Not only this, but the sight of tiny Emma, inching her way forward like a small, puffy marshmallow in her winter outfit, is cute enough. She’s determined to give her best friend a walk and nothing will stop her. When it comes to Cinnamon, she will melt your heart as she follows the young leader, gently trotting behind in the soft snow, taking care not to startle or knock the little tot over.

The pure joy they share is inescapable as it radiates on screen. It’s clear to see why Dad needed to capture it. We only hope that he has the camera ready to catch some more precious moments between the two endearing friends as they grow together side by side. It’s safe to say that this won’t be Emma’s only horse friend. Ranch life suits her just fine. Watch the video below to catch a glimpse of this beautiful friendship. You’ll surely hope for a special friendship like this too (or else a horse.) 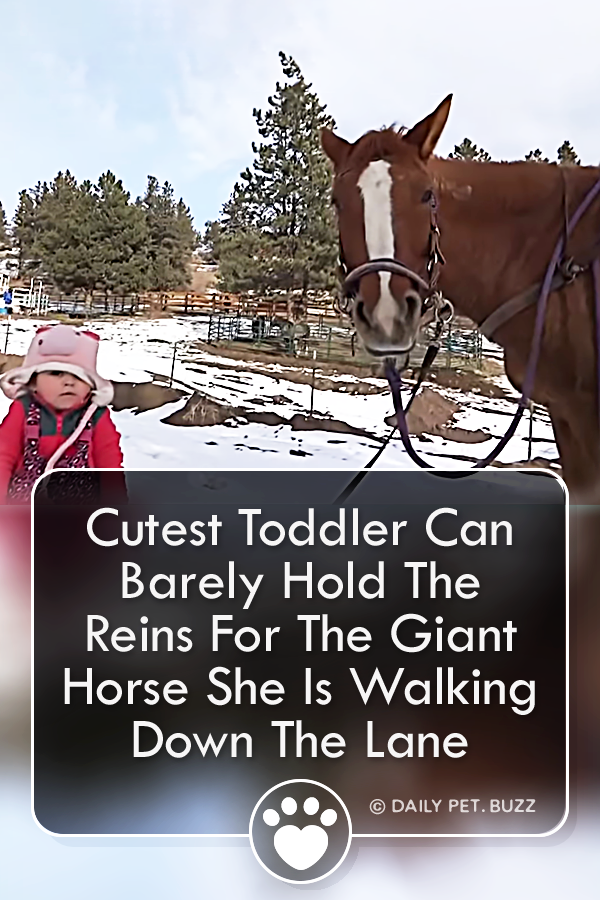