This is the kind of video that never fails to put a big smile on my face! In it, you will meet an adorable golden baby named ‘scout’ , and his reaction to meeting himself is too cute to be put on words. Only a very little amount of animal species are able to consistently recognize themselves on a mirror on a reflection, since it needs a fair amount of intelligence and self-awareness. Just look at the cute baby Scout in the video above!

As you probably know if you’ve ever had a puppy living with you at home, their usual response to seeing themselves in the mirror is acting as if it was another puppy imitating them. Scout is no exception, and when he saw himself on a mirror at home, he gets pretty confused as to who exactly that is, and how they got there in the first place.

Prepare to replay this video many times, ’cause it’s too lovely for this world. I now wish I had a golden retriever myself! The best part is when he tries to get used to the new dog being at home, and after a while of trying to contain himself, he finally snaps! He’s too adorable!

Just watch him for yourself in the video above. 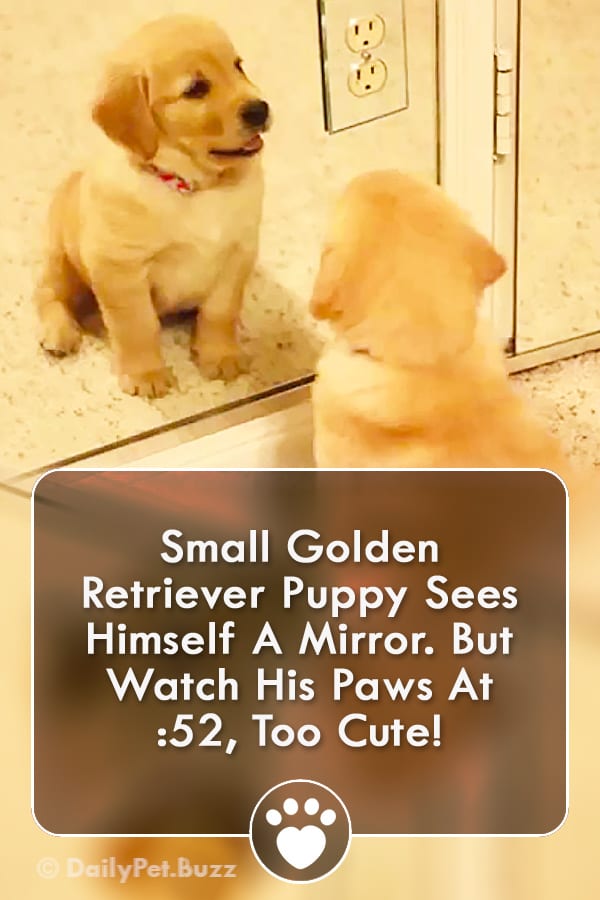