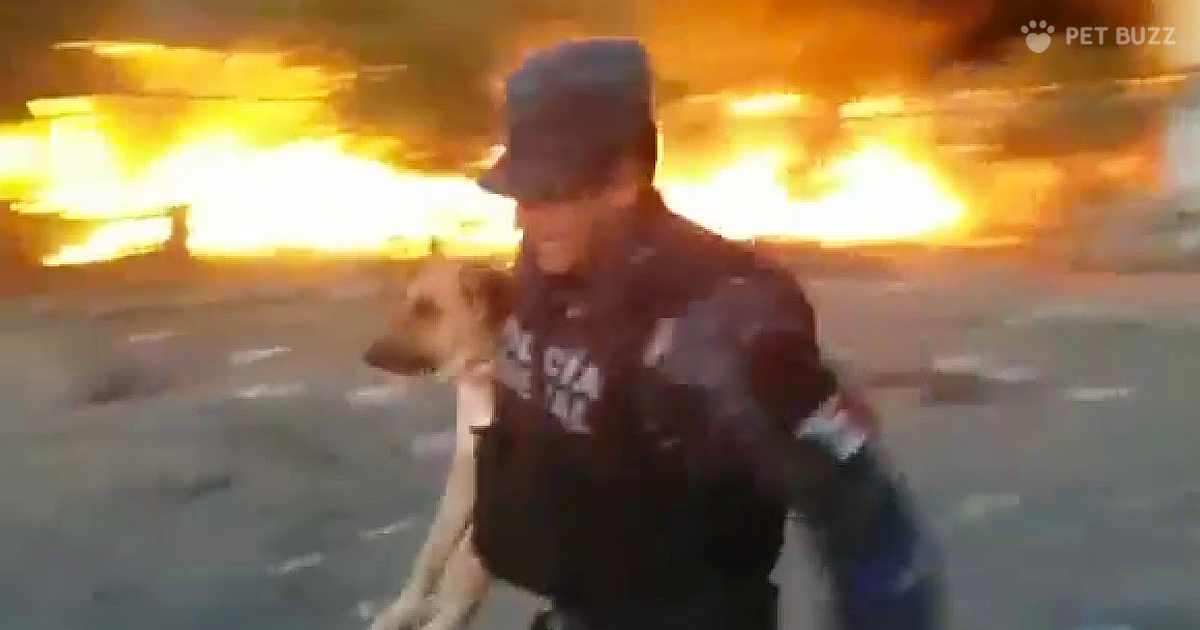 When police officers vow ‘to serve and protect,’ it’s not just words. An officer in Mexico recently proved just how much that phrase meant to him when he put the safety of an animal before his own.

Mexico’s Federal Police recently released a video of an anonymous police officer acting in the line of duty. We see a dog on the other side of a chain-link fence.

Seconds later, a police officer scoops the dog up, turns around, and starts running. What at first seems to be a normal schoolyard soon turns into a raging fire. The officer holds the dog steady under one arm, sprinting toward the exit.

In order to rescue the dog, he had to run right by that fire, not once, but twice. What a hero! It’s no secret that the Mexican Federal Police are great fans of dogs. They work a lot breaking up drug cartels and drug trafficking, and their K9 units are invaluable at sniffing out illegal materials.

You can also find a number of videos online featuring their officers acting heroically to help animals in the line of duty. Check out this nail-biting rescue in the video above we posted for you just below. 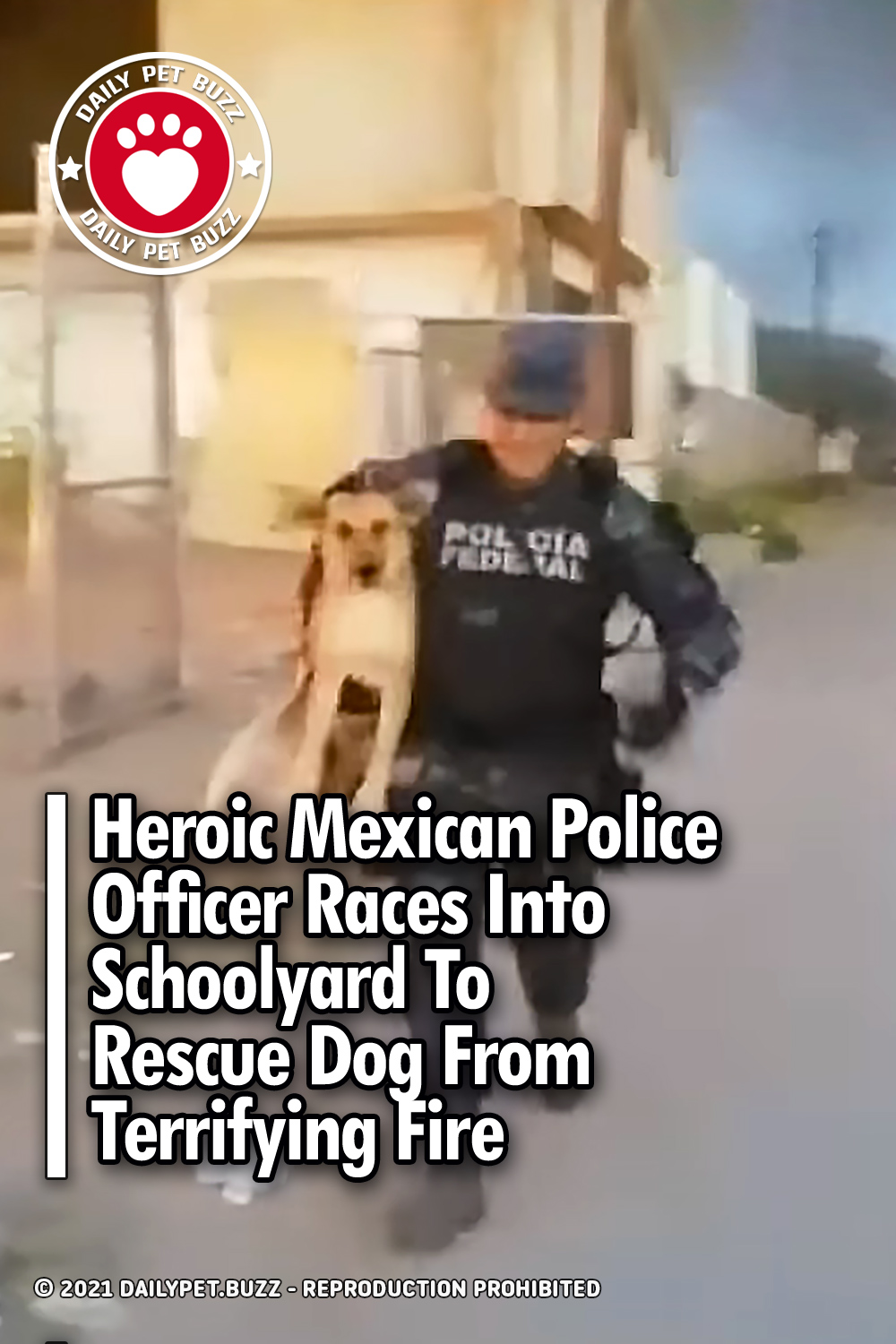