In March 2014, a suspect shot Bruno the K-9 German Shepard in the face while being pursued by the dog. Although Bruno survived, his partner, Officer RJ Young was distraught.

While the suspect was killed in gunfire, Bruno was instrumental in protecting the police officers’ lives including Officer Young.

But the bullet wound sent him to the hospital and separated the loyal dog from Officer Young.

‘[Bruno was shot] point blank, it was a horrific thing to have to watch,’ Officer Young told ABC News. ‘My entire world came tumbling down in the matter of a second.’

After 6-years on the Anaheim, CA police force, the police rushed the profusely bleeding Bruno to the emergency room where surgeons discovered the bullet lodged in his chest had barely missing his heart.

Two surgeries later, Bruno was finally able to have his breathing tube removed. Only one week after first being hospitalized, Bruno was scheduled to reunite with his beloved partner. And the cameras were ready to capture the heartfelt moment.

The moment when Officer Young is finally able to give his loyal and dedicated K-9 partner a hug, tears welled up in my eyes. So heart-warming!

After the incident, Bruno retired from the force where he continued to happily live with Officer Young and his family.

‘He’s like a son to me. Bruno will be with me for the rest of my life,’ Officer Young said. 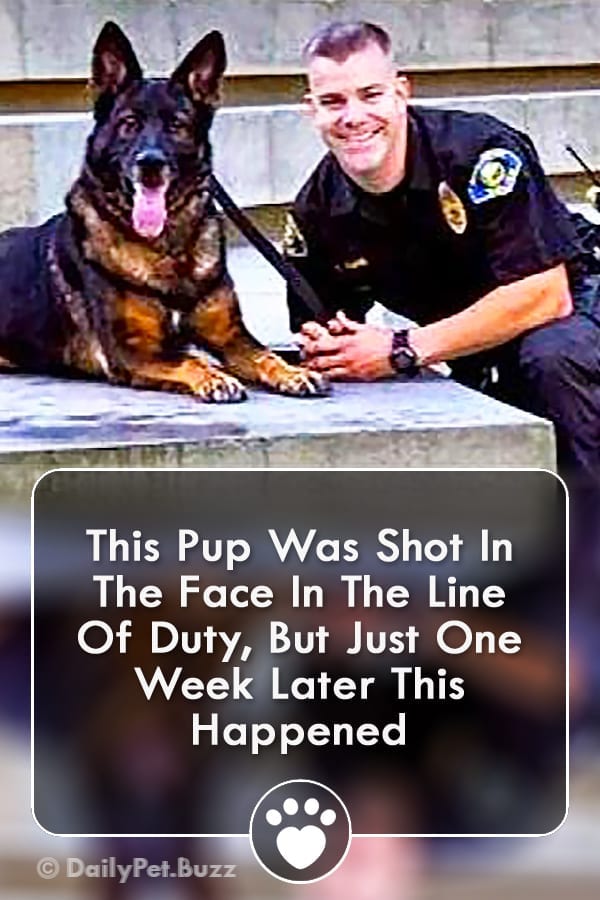