While on one of their ‘sufferfests’ , as they fondly call their expeditions into the desert, Alex Honnold and Cedar Wright accidentally found one of the most adorable dogs that you’ll ever see. Fortunately for this very special dog, he met the two perfect people to take care of him and his adventurous spirit.

Somebody had been cruel enough to leave the poor dog on his own, inside an old tire in the middle of the desert. It’s unclear if the dog was left elsewhere and managed to get inside the tire to protect himself from the sun, because it’s almost literally the middle of nowhere.

Thankfully, the puppy was still in good condition, and he was able to join Cedar and Alex on the rest of their 800 mile-long journey. They called the puppy ‘sufferpup’ , after the name of their painstaking expedition, because he too had to endure the desert, and now, they would do it together. These two adventurers not only have an adventurous spirit, they have a generous one as well. But as it turns out, they needed Sufferpup just as much as he needed them.

As the Nat Geo explorers themselves explain in the video above, the puppy also saved them, maybe even more than they saved him. They recall how they pushed their bodies to their limits, and sometimes, the motivation you build up in yourself is not enough to pull through. Having a cute puppy by your side changes everything.

Watch this amazing rescue and expedition story starring an adorable puppy, in the video just below and please share it on social media, because Sufferpup’s adventure is really inspirational. 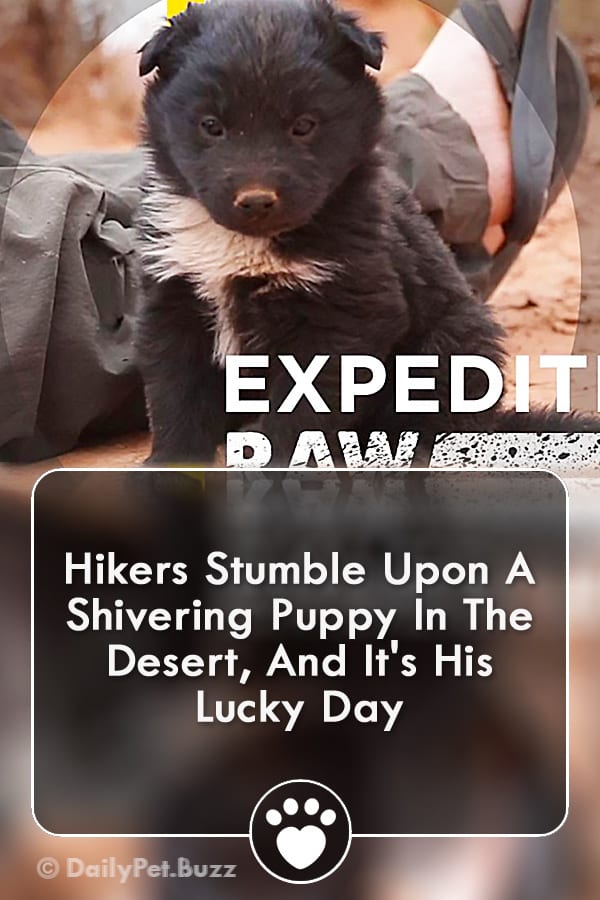