When it comes to safaris, Nick Coertze certainly has his fair share of trips. He has been going to the Shingwedzi in Kruger National Park located in South Africa with his family for years now and tends to spend at least 30 days in a year in the Park, and has never seen something so rare.

When he took pictures of a herd of elephants, he certainly didn’t expect to see this! Capturing the scene on camera, he inspected the pictures carefully when he returned home to make sure that his eyes weren’t playing tricks on him. There was a pink baby elephant with the herd! That is a very rare sight indeed and could be an albino elephant.

Albino elephants don’t have good eyesight and when he saw the pictures again, he noticed that the baby pink elephant didn’t have her eyes open in even one of the shots. Albino creatures are very susceptible to sunlight and often may go blind. Nick hopes that the herd will accept the rare colored animal as albino creatures are known to have a tougher life than others. But if she is truly accepted as one of the herd, then anything is possible! We may just her as a fully grown pink elephant someday down the line.

The baby dogged her mother’s footsteps as the herd crossed the desolate landscape and approached the river to bathe themselves. The spectators in the safari tour bus were all waiting with excitement to see if the dirt would wash off the baby to see her in all her pink glory but unfortunately she only dipped her feet into the water. Staying by her mother’s side, the baby elephant soon left the view of the tourists. Without the guidance of her mother, the pink calf sure would have been lost!

I was amazed at seeing the pink elephant. To see such a rare creature is a once in a lifetime opportunity as they usually face hardships in their lives. Have you come across such an animal? What did you think of this story? We would love to hear from you! Please leave your comments in the section below. 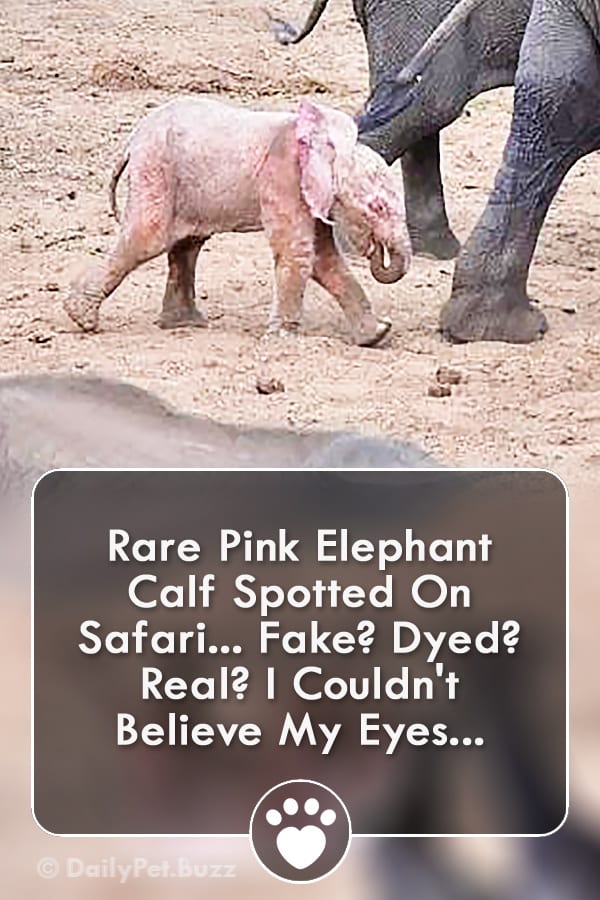