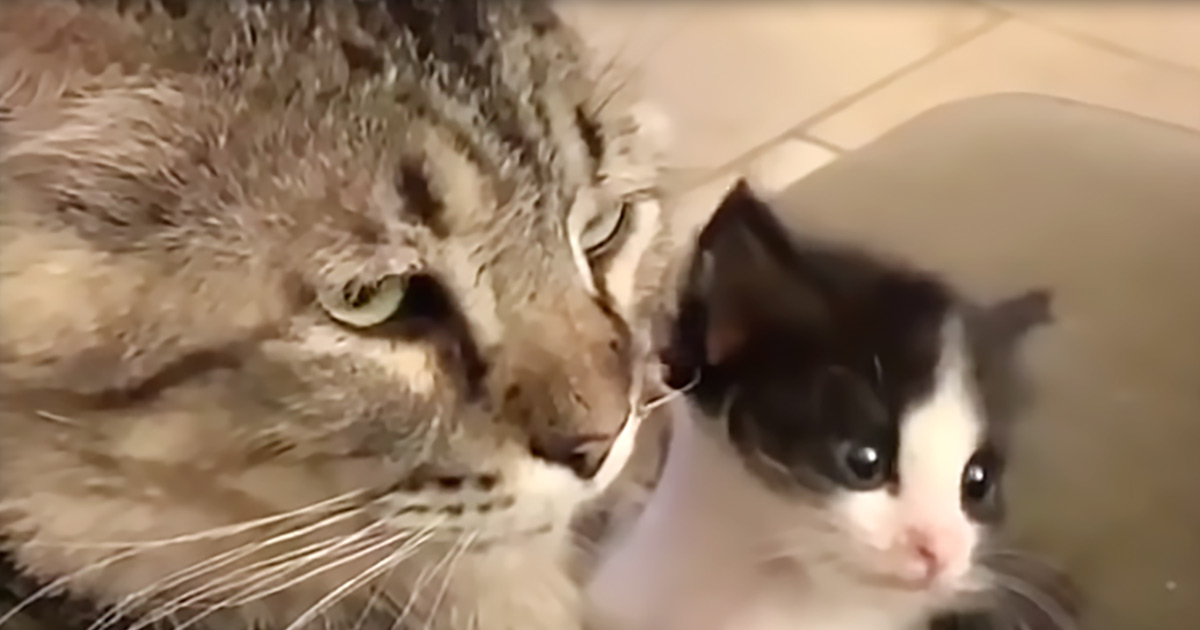 Having been homeless for most of his life, senior cat Runt needed significant TLC at the time of his rescue to restore his health. Perhaps that explains why the altruistic tabby responded to orphaned kittens with such consistent and eager empathy to give them the feline parenting so vital to the healthy development of kittens.

When first brought to Lake County Animal Shelter, veterinarians estimated Runt to be around 14 years old. He was malnourished and emaciated, was suffering a severe upper respiratory infection and festering wounds. A few weeks following the beginning of his medical treatments, elder feline gentleman graduated to a foster home with other senior cats, and that’s where he really began to thrive.

When Runt was clearly feeling better and recovering his feline glow, an orphaned kitten arrived at his foster home. The older cat wasted no time in taking responsibility to become a foster parent to the little waif. A succession of needy orphans followed the first, and each time, the noble older cat took on the parenting role that the babies needed, contributing to their survival.

Almost as if he instinctively wants to pay forward his good fortune after having been rescued from his former life as a hungry, sickly, and downtrodden stray, Runt does so by giving foster kittens a chance at a good start. Seemingly they give him what he needs as well: A purpose that keeps him vital and young at heart. 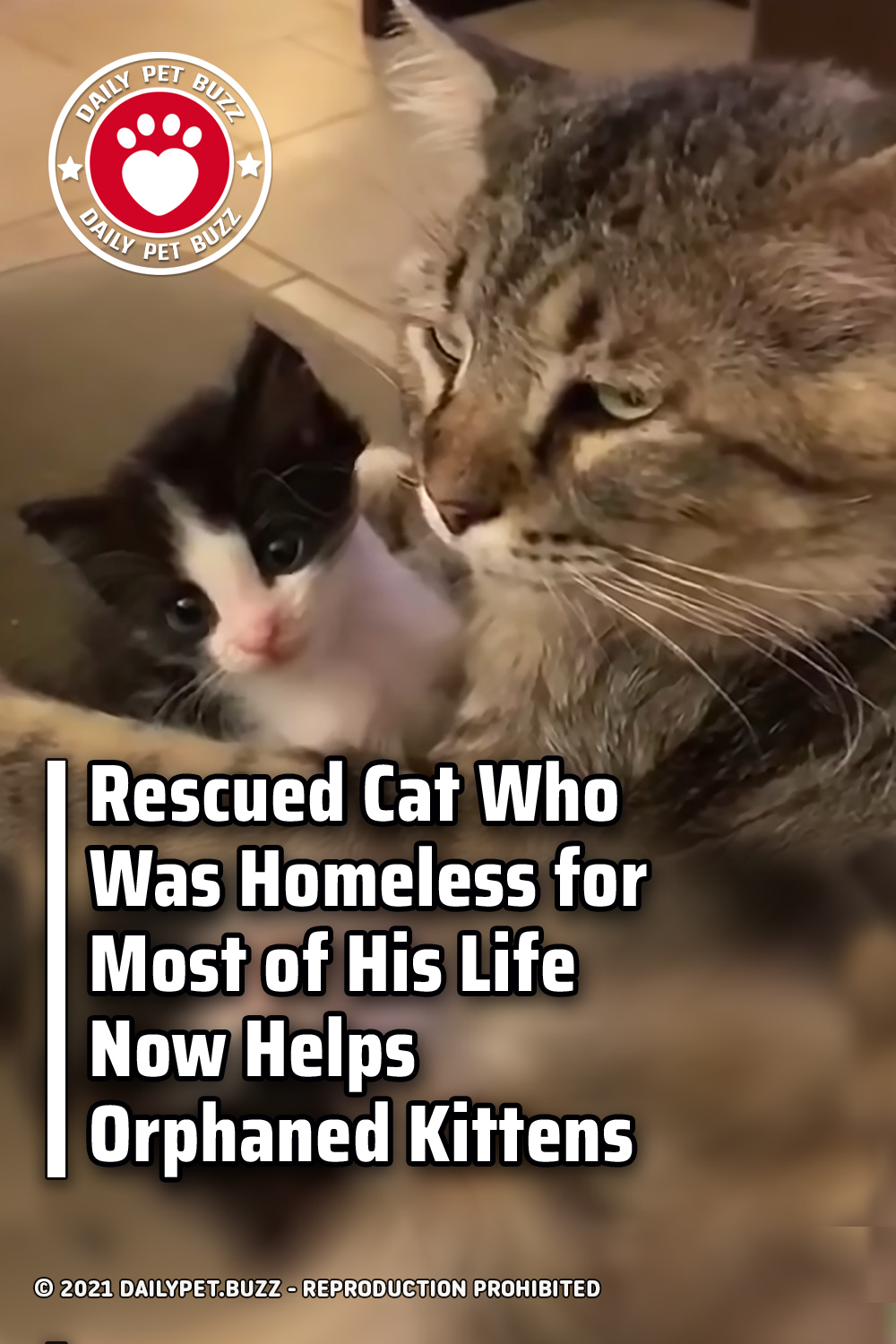