Humans can be the cruelest and most selfish species on the planet. They cause wars, famines, and they can abuse each other. On the other hand, they can also band together and inspire each other to do things that no one would have thought possible. When disaster strikes, there are always some courageous folks that are not normally rescue workers doing amazing things. People like the ones shown in this video.

There were terrible floods in Louisiana in Baton Rouge. This is a part of the country that is still reeling from the damage that Hurricane Katrina did over a decade ago. Now there were the floods. A boat is patrolling the area, looking for people to help and they see someone in desperate need of it. Their car is seconds away from going completely underwater – and here is where we see ordinary people become heroes.

One of the men on the boat, without a second’s hesitation, after early efforts to shatter the passenger window with a steel rod proved fruitless, jumped on the roof of the car ” which was a convertible, started desperately pulling on the top. One of the other men tries to jimmy the top with the bar ” which seems to lift enough for the other man to get a better grip. Just as the car goes under, he pulls the driver out. That’s not the end, though.

She begins begging them to save her dog, which is still in the car. The odds seem low here, since the car is submerged, but the man still tries. After a tense few seconds, he pops back up to the surface with the waterlogged but still quite alive pooch in his hands. This is the point in the video where anyone watching it can start breathing again. The man who did this is a true hero, risking his life for not only the driver but the dog.

You were holding your breath the whole time too, weren’t you? Admit it. Let us know your thoughts in the comments section. Also, please ‘Like’ us on Pinterest. 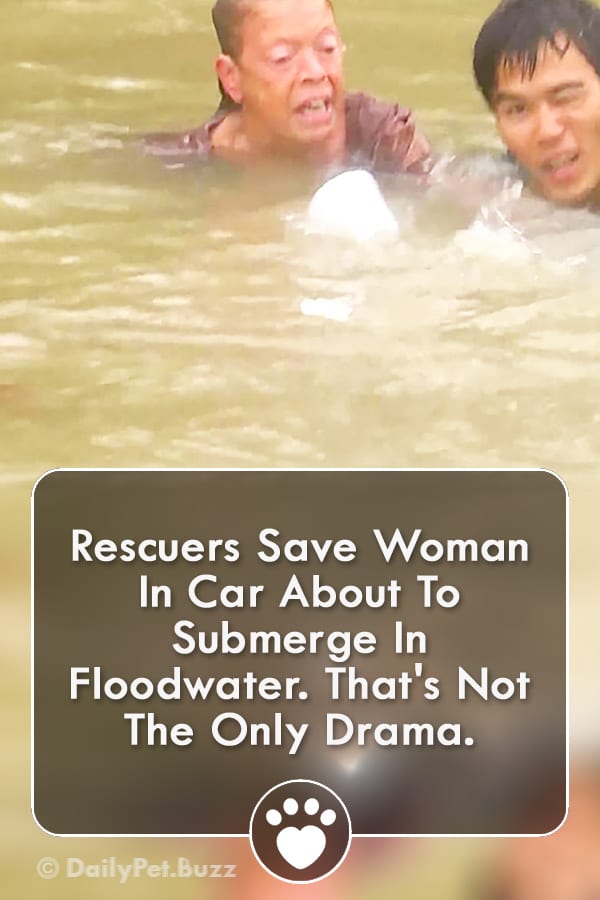