After an animal rescue worker first saw the emaciated mama dog in these photos, he told Animal Planet, ‘I was just shocked.’ Although he had been working in animal rescue for a while and seen some bad things, he never saw an animal this neglected and mistreated.

His first thought after seeing the mama dog was to wonder what the puppies will look like if mama is so sick.

The video about this dog starts off completely heartbreaking. Seeing a dog be neglected and abandoned breaks our hearts.

When the rescuers first locate this mama dog, she comes over to them and is extremely friendly. She really needs help to keep her puppies healthy.

After the rescuers put a leash around the dog’s neck, she leads them right up to her house. Her owner was put in jail, but the roommate says he has been caring for her. Obviously, the dog has had no care whatsoever, and the rescuers say she looks like she has been roaming the streets for months.

The rescuers ask the man to give them the puppies but he tells them to get off his property. So the lawyers are called in, and they finally get the authorization they need to reunite the mama dog with her babies.

They are able to get the puppies without incident. The tiny pups are absolutely adorable and two of them seem healthy. The other two are in desperate need of care.

When they are reunited with the mama dog, how she reacts is absolutely priceless. The dogs started nursing as soon as they saw their mama. 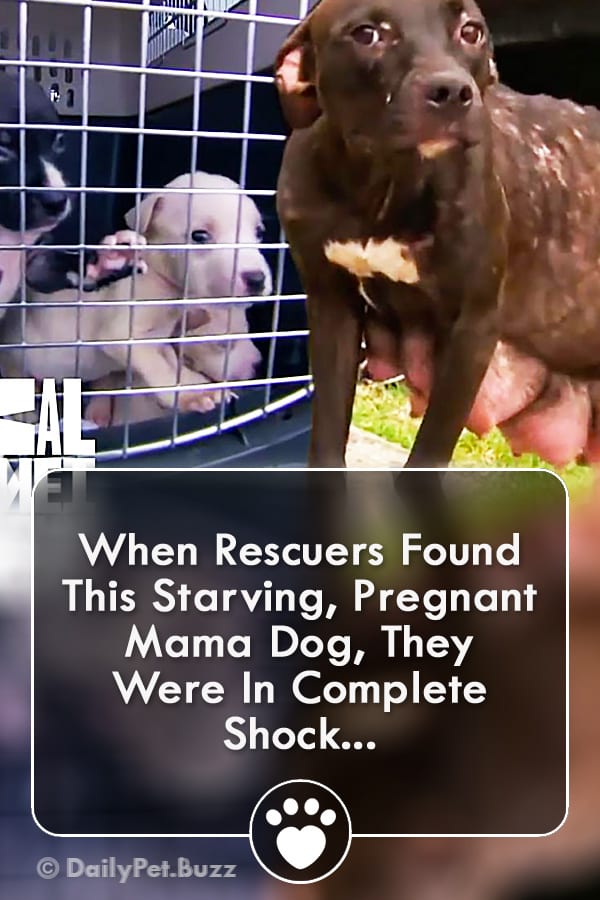