People are often scared of dogs being around babies. They fear that something could happen to scar the child or worse. While it is true that animals can be unpredictable, the biggest concern should be not leaving a child unattended with a pet, no matter how docile the animal has been in the past. Any parent should be ready to step in if a situation gets tense. Watch this video to see how to properly have a baby be around a large animal.

The star of this video is Brutus Maximus, a Rottweiler who is a service animal. He’s appeared in other videos, including one of him swimming in a public pool. Despite his massive size, he’s quite gentle. Well, that should go without saying since his job is to help people, but people have a lot of misconceptions about Rottweilers, thinking that they can be brutish, nasty animals. Not so. He meets a six-month old baby and starts licking him. It’s clear that he adores the child.

Dogs can get jealous just like any human. Brutus Maximus does NOT like the attention that Monkey, a pug, is getting from the baby. He just plops himself next to the mommy and baby and starts pouting. That doesn’t seem to bother Monkey or the baby. Since Brutus Maximus is a service dog, he’s far too disciplined to do anything other than pout. It’s funny seeing this giant Rottweiler just lying there on the floor with an annoyed expression.

It’s awesome seeing all the dogs lavishing this six-month-old baby with attention. It’s clear that the daddy of these dogs knows that they will behave around this child. Of course, the mommy is paying close attention to her baby too and not letting him crawl around. Then again, he might be too young to crawl just yet. It still shows that what I was talking about at the beginning. She always had her attention on the baby.

Wasn’t Brutus Maximus so cute? Even with his mini-pouting-fit? I loved him. What did you think? We’d love to hear your thoughts in the comments section! 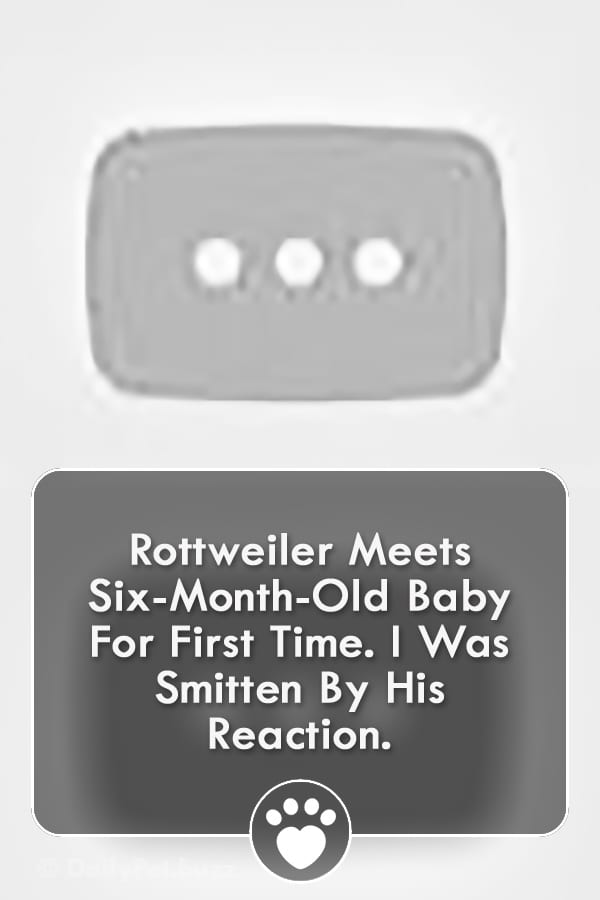