Friends come in all sizes and shapes. I was a 135-lb beanpole who became best friends in college with a 225-lb former defensive lineman. He could have used me for bicep curls. Then there’s this video that shows a pipsqueak puppy that escaped from his kennel and wound up meeting Sasha, a Great Dane that was about 100 times bigger. The two became fast friends, though.

Seeing them in action is a hoot. Sasha is a giant who lopes around everywhere and then there’s this little puppy, who has infinite energy and also can’t stay still for more than 2 seconds. Sasha could swallow this dog whole. OK, maybe one bite. The two of them walk around together. Maybe this puppy has realized that he might need some protection too.

For some reason, these two dogs remind me of Zippy and Earnest, the ones that humor columnist Dave Barry wrote about during the 1980s and some of the 1990s. Zippy was a tiny dog and Earnest was huge. I still remember one piece that he wrote about them that featured Earnest chasing a squirrel around. I still snort with laughter every time I read it. In fact, look up that column by searching ‘Dave Barry Earnest Chasing Squirrels.’ The story is titled ‘The Further Adventures of Zippy and Earnest: The Tree Stooges.’

I always love seeing friendships like this. It shows that you don’t have to be alike to be pals. We can all find something in common and bond around that. Yes, part of this may have just been Sasha being curious about this little tiny dog that she could use as a toothpick. Nothing will last forever. This puppy looks like a pit bull mix, so he could grow pretty large, but still be dwarfed by Sasha. It will be interesting to see their friendship blossom over time. 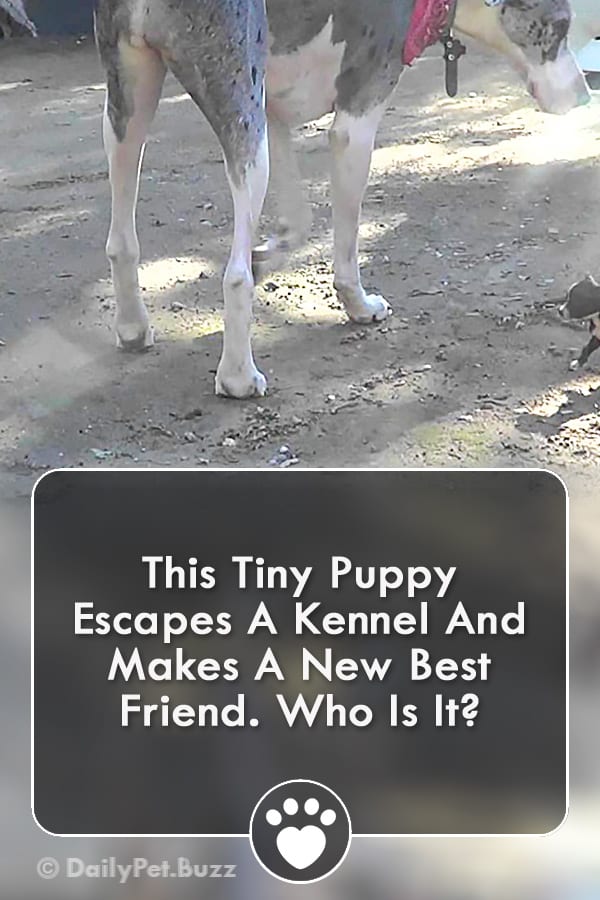