When it comes to animal rescues, anyone who volunteers their time is considered a hero, but some groups, like Hope For Paws prove again and again why they are one of the best in the business. Hope For Paws is a non-profit rescue organization that focuses their rescue efforts on stray and abandoned street dogs. They have several methods of finding them, including getting phone calls from concerned citizens, which is how they learned about this little Chihuahua in the next clip.

In this video, the group is called out to help a homeless Chihuahua, a dog who is frightened and in need of a loving family, a bath and some medical care. The patient volunteers take their time, slowly earning the trust of the dog they eventually named Jenny. Sometimes catching a dog requires a lot of patience, but the people in this organization are exceptionally good at earning the trust of these animals.

They were able to catch Jenny and get her to the veterinarian. After a bath and a surgery to fix her eye, this once timid and scared dog is now a loving and sweet animal in need of a forever home. This is another wonderful rescue by a team that never lets us down!

Let us know what you think of this video in the comments. We’d love to hear from you! Please share this clip on Pinterest so that others can become more aware of the rescue efforts of Hope For Paws and also how they can donate to help this organization. 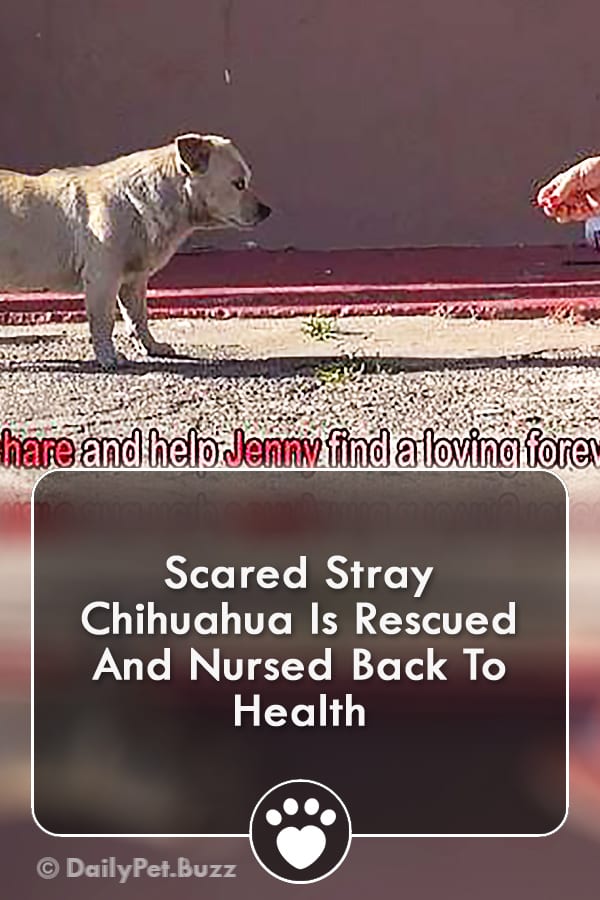