Dogs have always been known as man’s best friends. The internet is filled with many videos proving that there never was a truer statement. The harrowing but inspiring story below is one of them. Wait till you see what these three previously stray dogs did for their new soldier friend!

Sgt. Chris Duke was serving in Afghanistan when he made friends with Rufus, Target, and Sasha. He fed them and took care of them. Before too long they considered Chris to be their new human dad and they all had lots of love to give each other. So they were very close.

One awful day, a suicide bomber tried to attack Chris’s base. When the dogs noticed the suspicious person, they did their very best to stop him themselves. They attacked the intruder full on and their doggy ambush forced him to detonate the bomb before even entering the base.

Thanks to these brave canines, all of the 50 soldiers survived that night. They all owe their lives to three very brave and loyal dogs.

Sadly, Sasha the youngest pup couldn’t survive the injuries. We know, it’s terribly sad, but it could have been so much worse. Target had an unfortunate tragedy as well –

He was adopted by another soldier, but one day he escaped from the family’s yard, was captured by animal control, and was euthanized by accident. 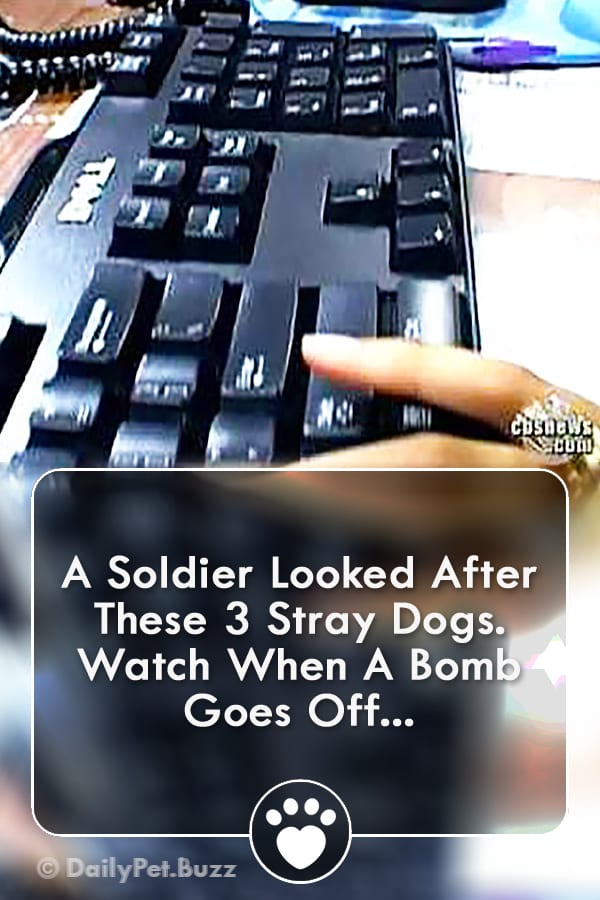