Never take that fact that you have a home with things like a thermostat, hot water, a working refrigerator, and most importantly, a bed, for granted. There are many people out there would do not have any of those things. They sleep in cramped quarters, eat what they can and must endure cold bath after cold bath if they can’t even heat their water on a stove. It’s not just people who have it rough – animals can live in deplorable conditions, too. Like the dog in this video.

The dog in question, whose name is Harriet, was removed from a South Korean meat farm. Poor Harriet had been in a very cramped cage and she had to learn how to sleep standing up if she wanted to get any rest at all. When the people at the shelter gave her a doggie bed, she had no earthly idea what it actually was. Instead of doing what many dogs would do ” climb in and curl up and go to sleep ” she stares at it like it’s an alien invader.

Finally, the need to sleep starts to override her caution. Instead of using the bed, though, she starts to drift off while still standing up. That’s because all that time in the South Korean cages has still been hardwired in her brain. It will take a while to deprogram her. For the time being, she will forgo the bed. The people at the shelter will have to be patient with her in that regard ” she’s been through a lot.

The video does have a happy ending where she does use the bed – though it’s terrible that she would even have to learn how to use it. Cultural difference or not, I don’t understand how people could treat dogs like that, since they can be wonderful companions. I’m glad that Harriet was able to figure things out. It never should have come to this, though. She deserves a forever home where she has the fluffiest dog bed EVER. 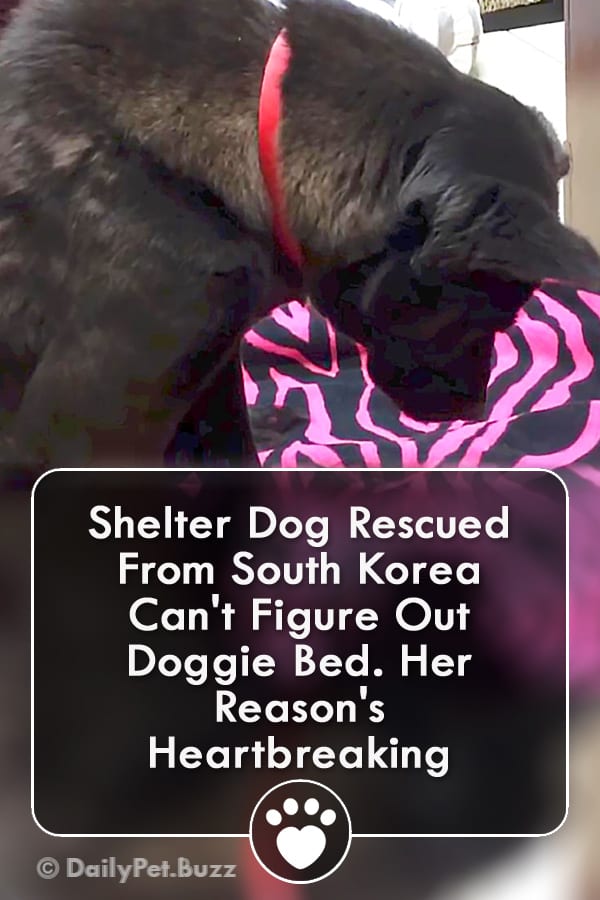