The life of a cameraman is one of dealing with distractions. Live segments on the street mean having to tune out people acting like complete buffoons and dancing around in the background. The funniest background moment I saw on TV was during the 2013 World Series in Boston. One network was doing a roundtable outside Fenway Park. There’s a large crowd and I see one bare-chested guy suddenly lift a 2-liter bottle of a cola and douse himself with it. I have no idea how the cameraman stayed as calm as he did. If I were doing that, the camera would have fallen to the street while I writhed in laughter.

Which brings me to the point of this video. A cameraman is filming an interview that’s being held in a stable. A man is interviewing a trainer and a woman is translating the questions. Behind the cameraman is a VERY mischievous horse. He wants attention and he wants it NOW. Another cameraman records this cameraman (how meta) being incessantly bothered by this equine. He nibbles his clothes, the back of his head, even his ear. Through all this, the cameraman is stoic, though he does toss an occasional pat to try to satisfy the horse. No dice.

I was laughing hysterically throughout the whole video because this was the silliest horse I have ever seen. People who think horses are dumb have no idea. They can be quite playful, as was the case with this fellow. I’d like to think that once the tape stopped rolling, the cameraman turned around and gave at least 15 minutes worth of head rubs. Maybe even some food. Who knows? This could have turned into a beautiful friendship.

This guy was the epitome of professional. At no point did he stop and tell the horse to quit it. Who could have blamed him? But he chose to keep doing his job since he knew the horse was just being playful and harmless. On the other hand, if the horse reared up, I think we see the camera fall to the floor and the guy running quickly into the next state.

Horses are some of my favorite video subjects. How about you? Did you like watching? Leave a comment below! 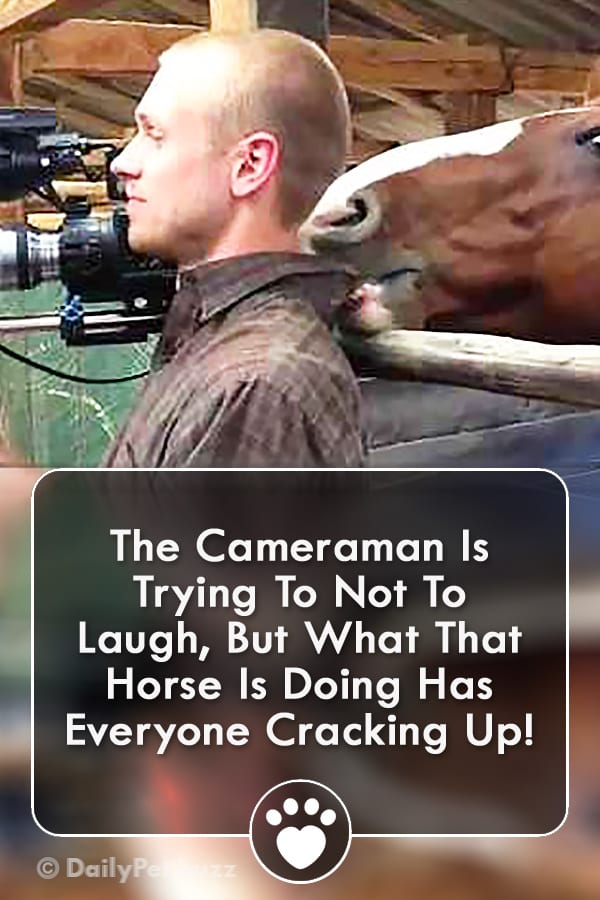