A three-year-old shepherd mix named Kailey was underweight and plagued by heartworms when she arrived at Dekalb County Animal Services. She’d been abused by her previous owners and as a result didn’t trust people. The shelter was able to find a foster home for her, but after a year they had no luck finding someone to adopt her. As her foster mom, Jacqueline Berlin explained, “Her one issue was that something has happened to her in in her past so that if you try to touch her and she did not know you she would snap at you. Because of her issue, it was really hard to get her adopted.”

It was looking like Kailey was going to have to be put down. Jacqueline posted a last, desperate plea on the shelter’s Facebook page. Fortunately, Suzy Chandler saw it and decided to adopt the dog. “The story of what she had been through and it just pulled on our heartstrings, we just thought we would be the perfect people for her. It was a perfect match.”

Just a few weeks after the adoption, Kailey started behaving strangely. As Suzy recalled, “All of a sudden she just started barking and looking at us. And growling and like trying to get our attention. She pulled me directly over to the side yard. Right away I smelled overpowering gas and heard a loud whooshing sound.” She called 911 right away and firefighters were able to evacuate residents of nearby houses and an apartment complex. There’s no telling how many people might have been killed or injured if the gas leak had gone undetected.

The message Suzy has for everyone is: “If you have space, you have room in your heart to take in a needy animal, to love on them, I mean it comes back to you tenfold.”

We’ve posted a local TV station’s report on this story below. Let us know what you think in the comments at Facebook and be sure to like and share! 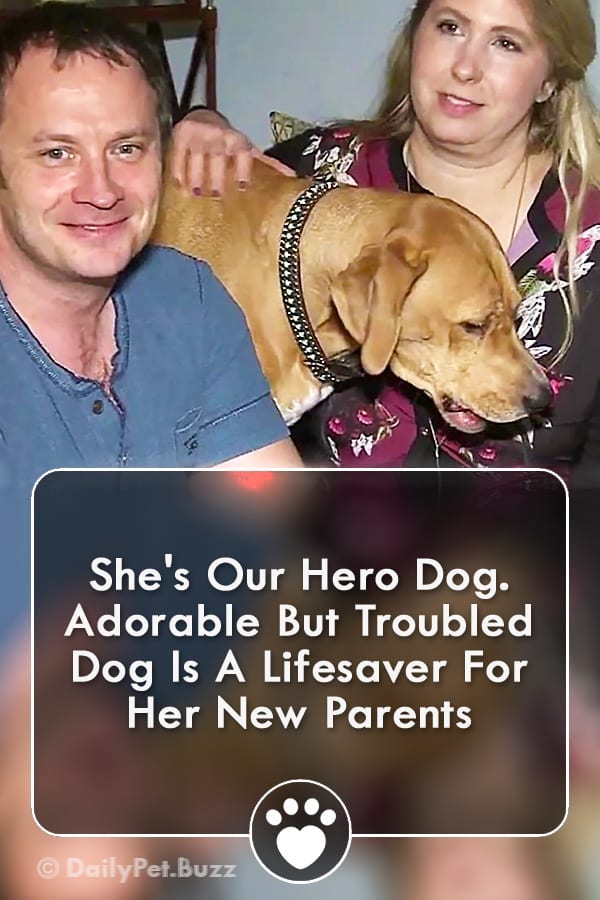