Once upon a time, dogs had to rely on table scraps. But then things changed. Dog biscuits were already being commercially manufactured by 1830. Those were entirely grain-based, but by around 1870 there were dog biscuits that had meat products mixed in. Just before1900, there was dry food in kibble form on the market. The first canned dog food, Ken-L-Ration, was introduced in 1922. By the early 1960s, pet owners could even go to the store and buy puppy-specific food. Today, dog food is a multi-billion dollar business: in the United States alone, there are nearly 90 million dogs and they aren’t living off table scraps.

In the wild, animals will eat whatever they can get their paws on. Our pets, however, lead very comfortable lives, to such a degree that they can get away with being picky eaters. If they don’t like something, we sigh and try a different brand or flavor.

And this brings us to a nutty golden retriever named Luna. If you just pour some kibble into her bowl, she has no interest in it. Her human dad figured out that she wants it cooked, just like the humans’ food. To be more precise, she expects her food to come out of the oven. As you’ll see in the hilarious video we’ve posted below, Luna’s dad makes a big production of putting her food bowl in the oven. The oven isn’t even turned on, but that doesn’t matter to this picky dog. A minute or so later, the timer goes off and it certainly gets Luna’s attention. With tail wagging she follows her human dad as he takes her “fresh from the oven” bowl into the other room and puts it down on the floor. Now the her food has been “cooked,” Luna chows right down!

How did you like this dog’s crazy insistence that her food be “cooked”? Have any funny stories about pets who are picky eaters? Let hear ’em in the comments at Facebook. Be sure to like and share! 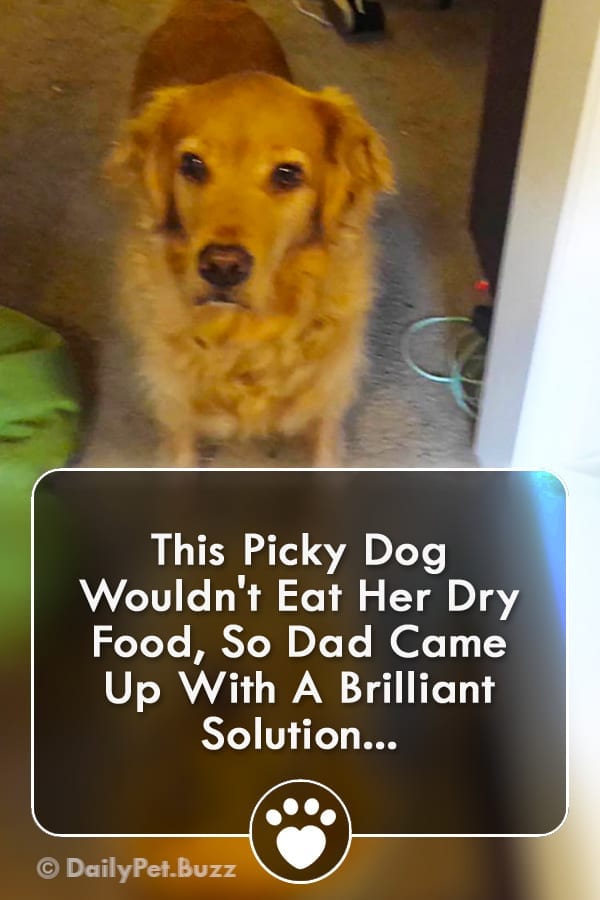