Few animals are as recognized for their friendliness and loyalty as dogs. They are very consistent and faithful, and they never leave their friend’s side, in the good times and in the bad. But everyone has their limits, and nobody wants to put his neck on the line for something they didn’t do, even if it is your best friend! The doggies in the video featured below are facing this kind of dilemma. You don’t wanna miss this dog’s reaction when he sees what his friend did!

When the pet owner shown in the video walks into his house, she found her French Bulldog had made a huge mess with a roll of paper towels. Not only was the little friend completely covered in paper, but the whole house was full of toilet paper shreds and pieces! The woman has some clue of who the offender might be, but she goes through some questioning just to make sure. When she asks the Frenchie who’s responsible, the doggy uses her right to remain silent. But when the huge Bull Mastiff that the woman also lived with was asked the same question, she had no problem telling who it was! Loyalty is not all, honesty is important too!

Watch this adorable clip just below. Had you seen a dog ‘betray’ his friend like that? Tell us all in the comment section under the video! 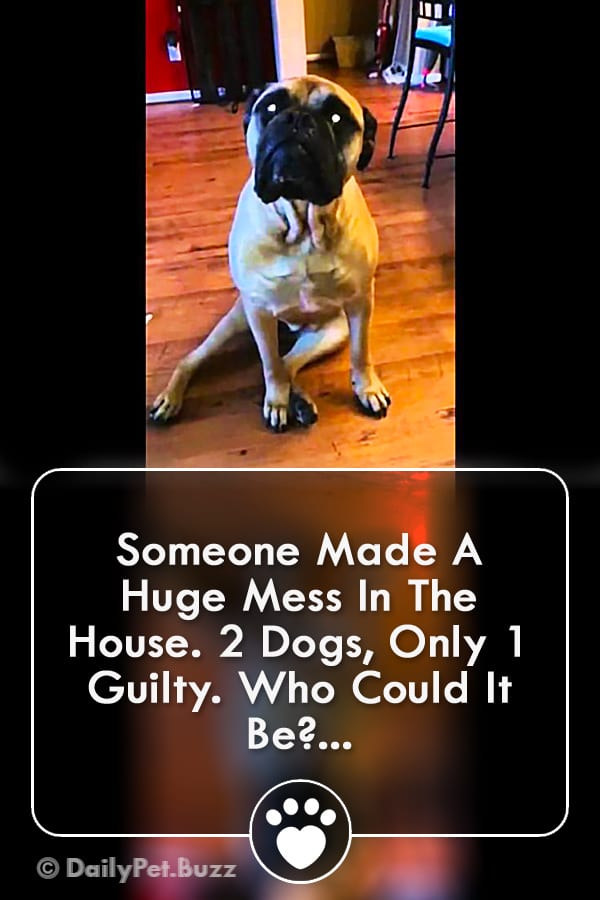