Note: This video contains content that may be disturbing for some viewers.

Augustus was a stray dog, so horribly neglected that he didn’t look like a dog at all. In fact, no one could tell what kind of animal he was! The townspeople treated him like a monster, yelling at him and throwing things at him. But once the amazing folks at Heart of Alabama Save Rescue Adopt (HASRA) saw his photo, they brought him in to begin his new life. He came from the worst case of abuse and neglect the staff had ever seen.

Auggie had to be hospitalized and treated for weeks. He required antibiotics and a daily gel treatment to peel off the layers of ‘potato chip-like’ scales that formed on his coat. Slowly but surely, the scales came off and Auggie looked like a raw burn victim ” still, the staff had no clue what breed or mix he was. Auggie was transferred to the HASRA sanctuary and continued with daily oil treatments and baths; he loved the coconut oil rubdowns and started to feel comfort again.

Despite a lifetime of pain and neglect, Auggie would undergo his daily treatments while looking back at his heroes with eyes full of gratitude and love. The more he recovered, the more he revealed himself to be the most loving pup. When the staff started a Facebook page for Auggie, animal lovers around the world fell in love and followed his progress. Auggie has since been adopted by a woman named Jordan. She feels blessed to be the lucky one who got to adopt this living miracle.

Remember, no one had a clue what Auggie was supposed to look like, free of the scales and painful infections. When you see Auggie’s mind-blowing transformation at the 1:10 mark, you’ll be shocked to see this beautiful black and white Border Collie mix. So gorgeous!
What did you think about this video? Let us know in the comments. We’d love to hear from you! 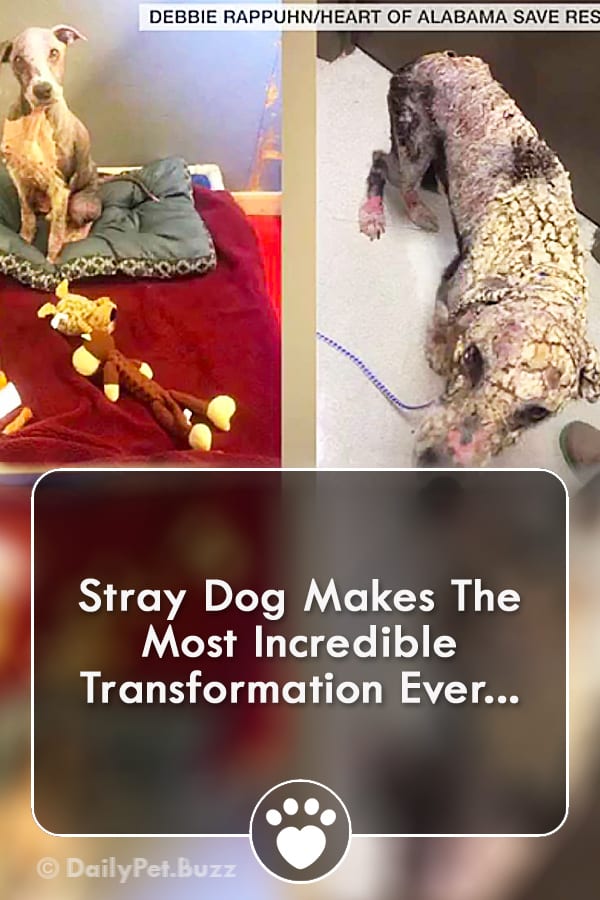