Dogs are said to be one of the most loyal creatures to have ever walked this planet, and from my experience this is certainly true. But it seems sometimes that even they can falter. No one wants to be blamed for what they didn’t do, and the dog in this video is no exception. Even if the real culprit is your own best friend, you simply don’t want to take on the blame just to save your friend. The two adorable dogs in the video are going through a similar situation, but one of them is ready to throw his friend under the bus in order to avoid punishment.

This woman came home to find her French bulldog wrapped from head to toe with toilet paper. There are shreds of paper all around the house and it is fairly clear who the culprit is. She gets straight to the point and asks the little bulldog if she made the mess. The bulldog has nothing to say and refuses to claim responsibility. However, her Bull Mastiff friend has no problem literally pointing her out because he had no intention of taking the blame.

Watch the video! Their reactions are going to leave you in stitches! Let us know what you think in the comments. We’d love to hear from you! And if you think this dog’s reaction to being asked who did it is hilarious, be sure to share it on Pinterest so all of your friends can have a good laugh too. 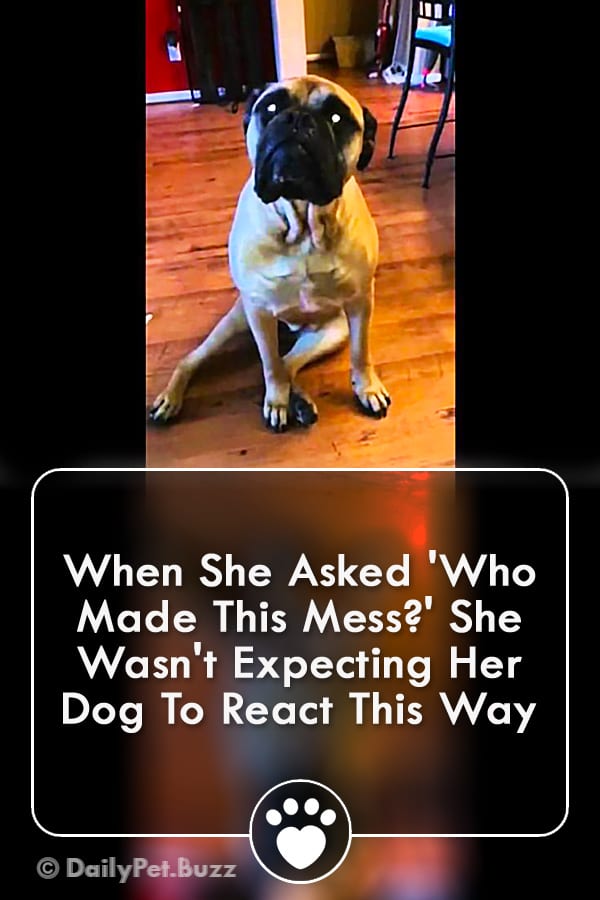