Rhinos are slowly, or maybe not so slowly anymore, becoming extinct. But in spite that, this endangered species continues to be hunted and poached all around the world. There is only one male white northern rhino left on the planet today, and this team from Kenya knows that. They have been doing everything in their power to protect him from harm. To help them in their mission, they have also taken help from a courageous dog.

This anti-poaching canine is called Diego. He has been trained to help the rest of his team in catching poachers that try to hunt down the rhinos. The dog is unbelievably fast too. When he has his eyes on a target, he is capable of reaching the speeds of 40 mph! Diego’s fearlessness and diligence is praiseworthy. What a hero he is!

In this clip, you will see Diego in action, in a training exercise. The pretend poacher is a decoy, and no rhinos were shot or even aimed at during this training. In fact, Kenya has not lost a rhino to poachers in over a year.

Watch this amazing story below! What are your thoughts about Superdog Diego? Don’t forget to share them with us in the comments! 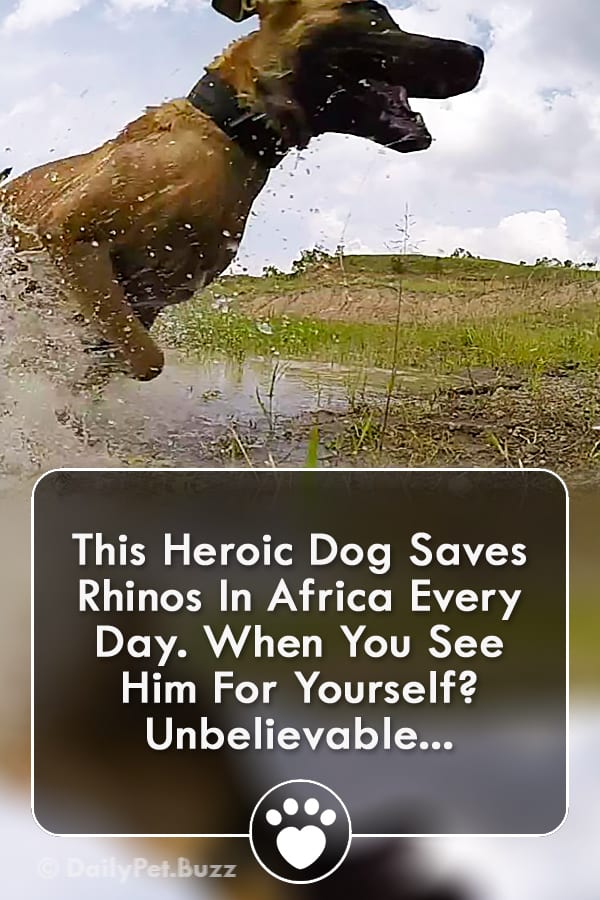