Certain ties are hard to break or even understand. As with any birth, the Hickey family were overjoyed to have the newest addition to their family when Jonny was born. This beautiful baby was doted upon by his parents and elder brother, but after a few months had passed by, the mom and dad noticed something was amiss.

After getting the baby checked at the doctor’s, it was revealed that Jonny had autism. Life was not easy after that for either Jonny or his family. He would struggle with simple everyday tasks and even talking became a herculean effort. He wouldn’t even touch his food!

At the same time faraway, a little puppy was having a rough time as well. She was starved and abused when rescuers found her and she was given only a 1% chance of survival due to her condition. But she held on to life and grew healthier.

Jonny’s mum, who followed the story on the news decided to adopt Xena, even though they already had two dogs and an autistic child. Jonny’s father was sceptical about getting a pit-bull into the house, but he agreed in the end. When they went to pick up Xena, they were surprised at what happened!

She sat on Jonny’s lap the whole way home and since then, the two of them have become inseparable. In fact, his parents started noticing improvements in Jonny since bringing Xena into their lives. From starting to talk and chatter with his folks to helping make the dogs’ food, Jonny has come a long way.

What a wonderful story! SHARE this story to spread the healing power of having a dog in your home. We should all raise awareness of adopting from rescue shelters and giving an animal a second chance at life ” who knows, they could save yours in return! What did you think of the video? Write in and let us know! 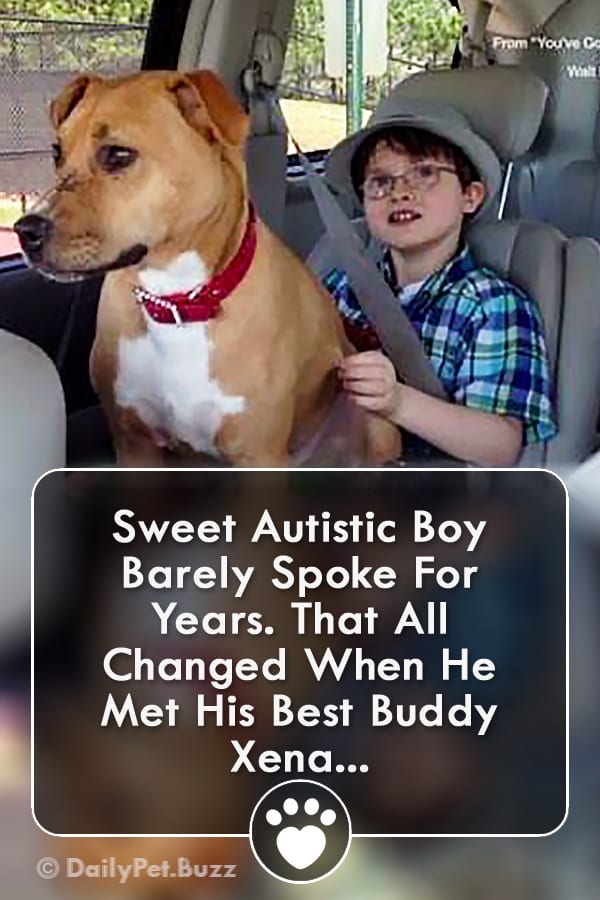