Caleb, the young boy that you will meet in the video above, was only six years old when tragedy truck his life and took almost everything that he had become used to. It’s very harsh when you see cases of people whose life took a complete turn for the worse at one point, but it’s something can happen to any of us.

After he was hit by a car, he was hurt very badly and sustained brain injuries that challenged him severely. His parents did everything that they could, but it seemed there was no possible cure that could help their little boy. Caleb was hospitalized for several months, and he made very little progress at first, but then, they found the most perfect solution. They knew that he would never be the same Caleb, but their love for him did not diminish and they found a very special way to help him recover and be happy with a friend to call his own.

An angel would come to the help of the little boy, in the form of a therapy dog named Colonel, who turned the little boy’s life upside down once again, but this time, with a beautiful outcome. What seemed impossible was now becoming a great reality, and it was all thanks to man’s best furry friend who really stepped up to the task. 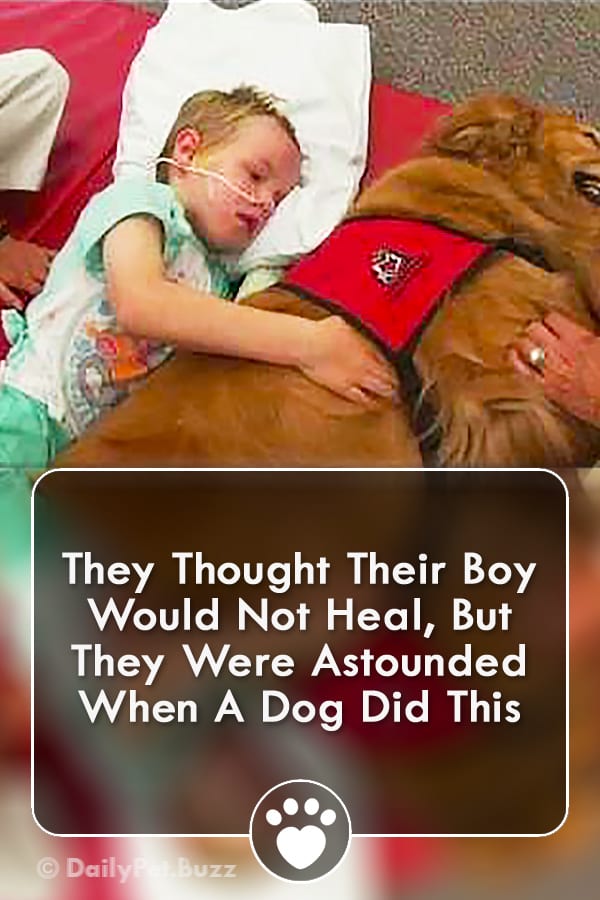