Many of us have the same kind of trouble with our dogs getting them to be in their kennel. Of course, we hate being separated, but this needs to be done in order to get them trained and obedient! The kennel is supposed to be for training, not for punishment, but some dogs just don’t see it that way. In this clip, you’ll meet Blaze who makes it very clear how he feels about the kennel.

Blaze the Husky is a beautiful, but obstinate dog. He takes stubbornness to the next level, laying on the ground and growling in such a human-like way, it actually sounds like he’s saying, ‘No.’ The outcome is so hilarious, and the guy holding the camera sure does think so too.

Blaze’s owner is on the floor next to him telling him it’s time to go in the kennel, but Blaze isn’t buying it. He doesn’t move and he makes the funniest sound! It truly sounds like he is saying ‘no.’ His owner tries to make him get up, but he doesn’t. He just continues to lie on the floor. His human is very persistent, but it isn’t working on this clever dog.

By the end of the clip, Blaze has said no about twenty times, and he’s no closer to being in the kennel than he was when the video started. I still wonder how his human is ever going to get him to cooperate.

Watch the video above and tell us what you think about it. Also, in the comment section below let us know your thoughts and views about this video! 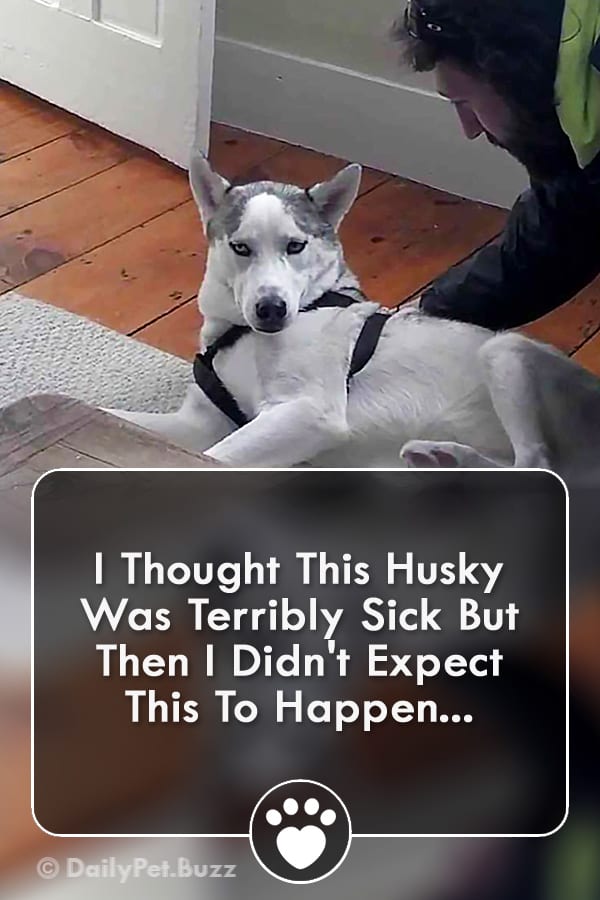