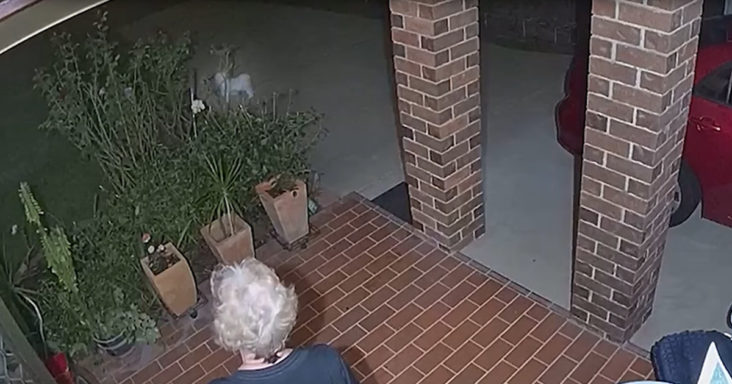 You don’t have to be a big guard dog to scare people away; you just have to believe you are tough. Often, it is the tiniest dogs that have the highest confidence… and barks! Marley, an adorably tiny white dog, bravely defended his home from some would-be intruders.

The two men, caught on the Australian home’s security camera, approached the porch at around 5 in the morning. They don’t appear to be overly competent criminals as their masks keep slipping. One of the men attempts to pull his T-shirt over his face before they disappear from view for a moment.

While scary might not be the first word that comes to mind when people see an itty-bitty dog, these two thugs sure ran fast as their backs reappear on the screen! Small dogs can be just as protective as big dogs when they are defending the ones they love.

Marley proved that when he chased them to the end of the driveway and barked ferociously at the want to be burglars. He stayed there for a while after they were long gone, too, just to make sure they didn’t come back. The dog’s noisy barking roused the homeowner, who asked Marley what was going on. Thankfully, this story ended happily because of Marley’s bravery. 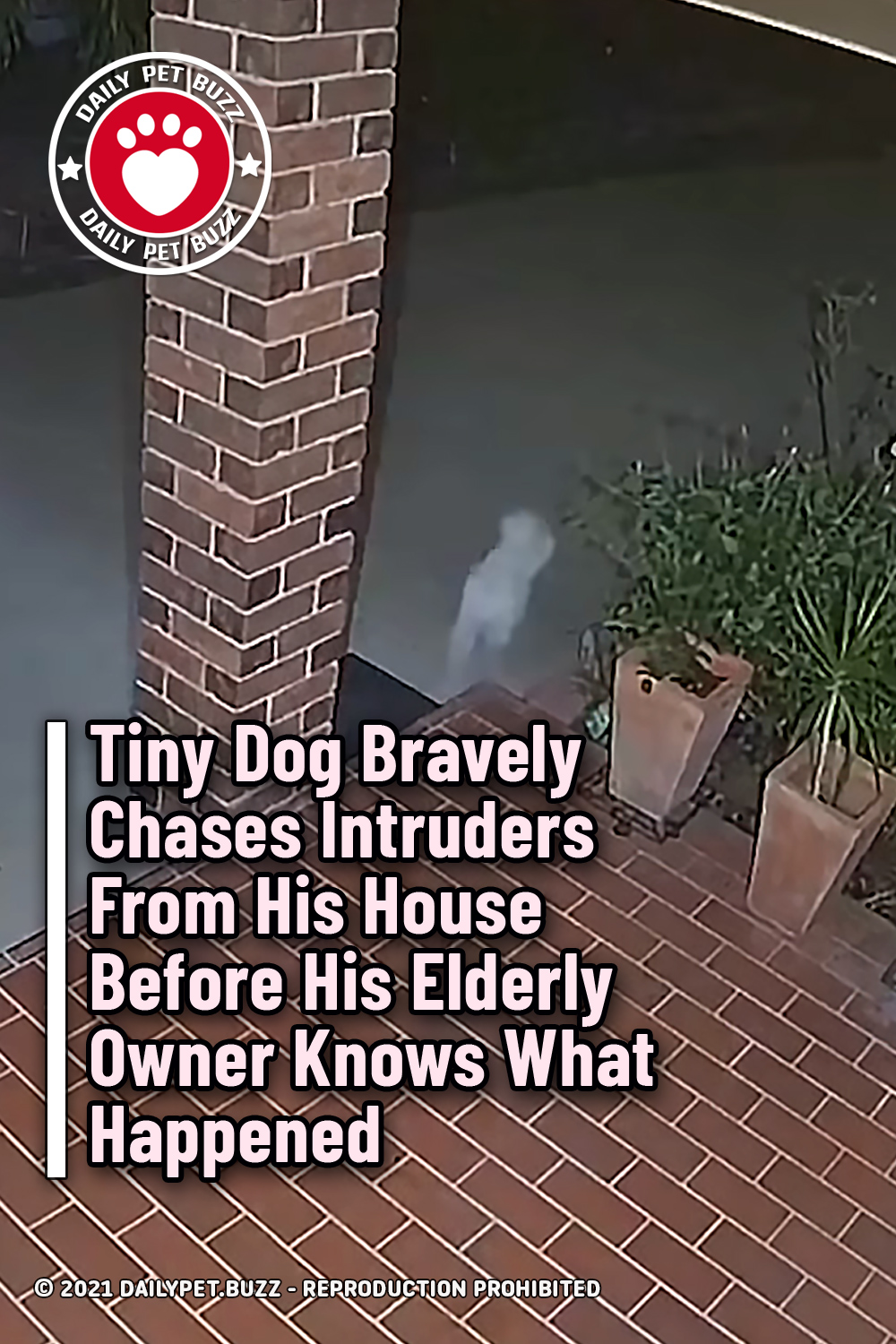