Few animals are as intertwined with human history and culture as horses. They were domesticated about 6,000 years ago and up until well into the 20th century, horses played a major role in agriculture, commerce, and warfare. For all their practical uses, horses have also been admired for their own merits, with their unusual combination of strength and grace on display in circuses, jumping competitions, and in dressage (well-appointed horses executing precision routines). Horses have also, of course, been beloved pets, old friends who’ll give you a nuzzle in exchange for some carrots or sugar cubes.

Numerous breeds of horses have emerged over the centuries. There have been immense draft horses like Clydesdales and Percherons, elegant ones like Arabians, and swift quarter horses. But one especially beautiful breed is the Akhal-Teke. Its origins are thought to date back about 3,000 years. Tribal peoples in what’s now Turkmenistan (formerly part of the Soviet Union, now an independent country in Central Asia) were careful horse breeders and they produced the Akhal-Teke. Swift but hardy, it was perfect for going raiding, even in deserts. When the Russians conquered the region back in the 1880s, they were quick to recognize the breed’s merits — the name Akhal-Teke was actually coined by a Russian general, who named the horse for one of the Turkmen tribes in the area.

The Akhal-Teke is similar to a thoroughbred racehorse in some respects but is notable for the way it combines grace and elegance with toughness and endurance. For instance, in the 1930s, a group of Turkmen rode Akhal-Tekes all the way to Moscow in just 84 days, a trip of more than 2,500 miles that included 3 days crossing completely arid deserts. Yet the same breed has won Olympic medals for dressage! In the video posted below, you’ll meet Kambarbay, a very handsome Akhal-Teke. He has the breed’s characteristic metallic sheet and has been called the “most beautiful horse in the world.” 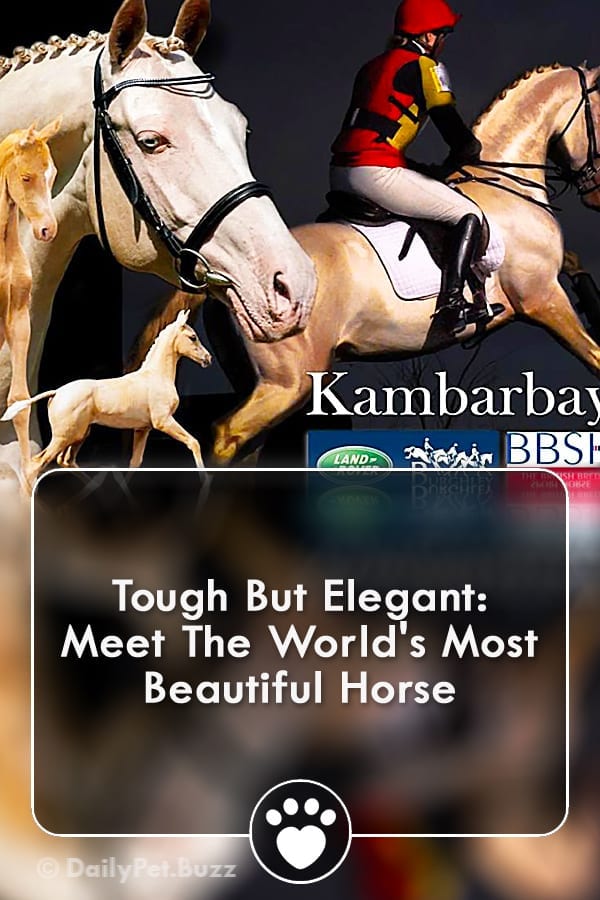