Hope For Paws is a non-profit animal rescue organization that rescues dogs and all other animals who are suffering on the streets and in the shelters. Their goal is to inform people the importance of animals in society and rescue as many as they can.

This time around, Hope For Paws was called to an area around a water treatment facility where a senior dog was seen wandering around. He was lonely and old and starving. He was frightened and wouldn’t let the rescue team near him.

The team named him Mufasa and they knew that his rescue was a must since he was living in hazardous grounds surrounded by open chemical tanks. They had to lure him away from the tanks before trying to catch him. He was old and they were concerned about his eyesight and that he might fall into the tanks. They contained hazardous chemicals, and he would have died if he fell in.

They were patient and watchful and eventually they were able to get Mufasa into their vehicle where he continued to eat cheeseburgers from Eldad’s hand. He was off to safety and a better life. They took him to the vet and the look on his face when he gets a bath is just heartbreaking. He closes his eyes and you can tell he has complete faith and trust in the groomer.

He has been treated for injuries and intestinal parasites, and his skin is in much better condition, and he is now recovered. His transformation will break your heart! This old dog is microchipped and on his way to a better life with people that love him.

Watch the video above to watch Mufasa’s wonderful rescue story and let us know how you felt watching it in the comments! 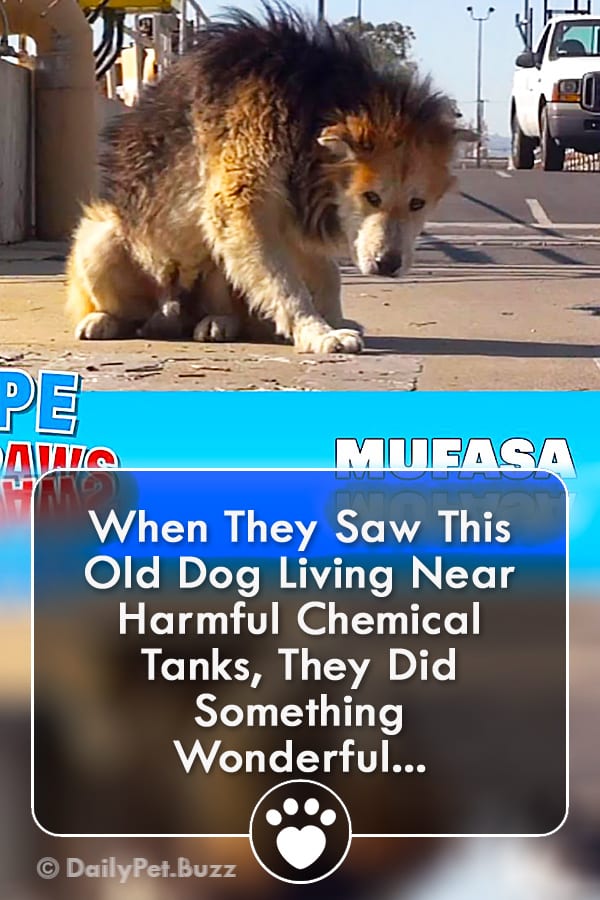