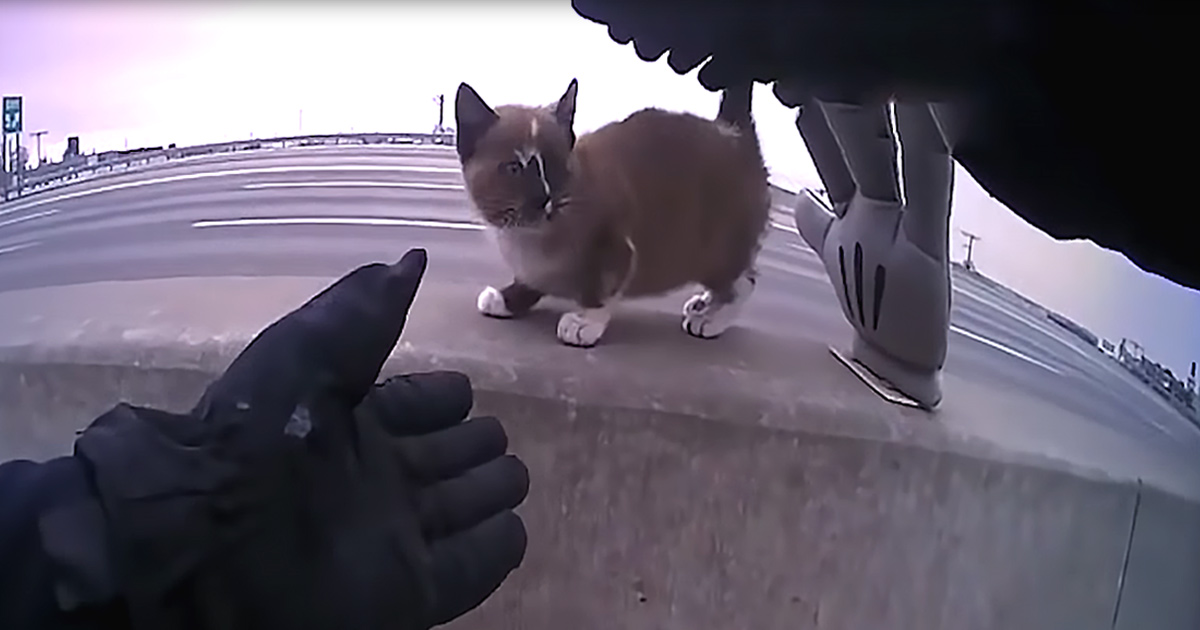 Officer Jason Smith responded to a call about a kitten stranded on a highway median. Having received a tip that the young cat was standing next to a glove helped him spot the helpless feline, who he found huddled next to a toy glove. He worked with another officer to avoid scaring her into traffic and soon had her safely enclosed in his squad car.

The little feline purred and rubbed herself on the officer in obvious gratitude and joy to be safe from the frightening traffic that had been rushing past her. He repeatedly placed the grateful kitty in the passenger seat, but she refused the distance and kept coming back to his lap to shower her savior with affection.

Officer Smith felt an instant bond with his furry new friend and began the process of adopting her, following the mandatory spay surgery and vaccinations provided by the local animal shelter. He believed the little cat, who he named Bella, belonged with his family.

The next day, as a reminder and symbol of the salvage of his new family member, Officer Smith returned to the spot where he had found the kitten in trouble and he retrieved the glove that had helped him locate her. According to local residents, the glove had been there for months, but now it is in the Smith household…and so is Bella, the lucky kitten who once used it to shield herself from the cold. 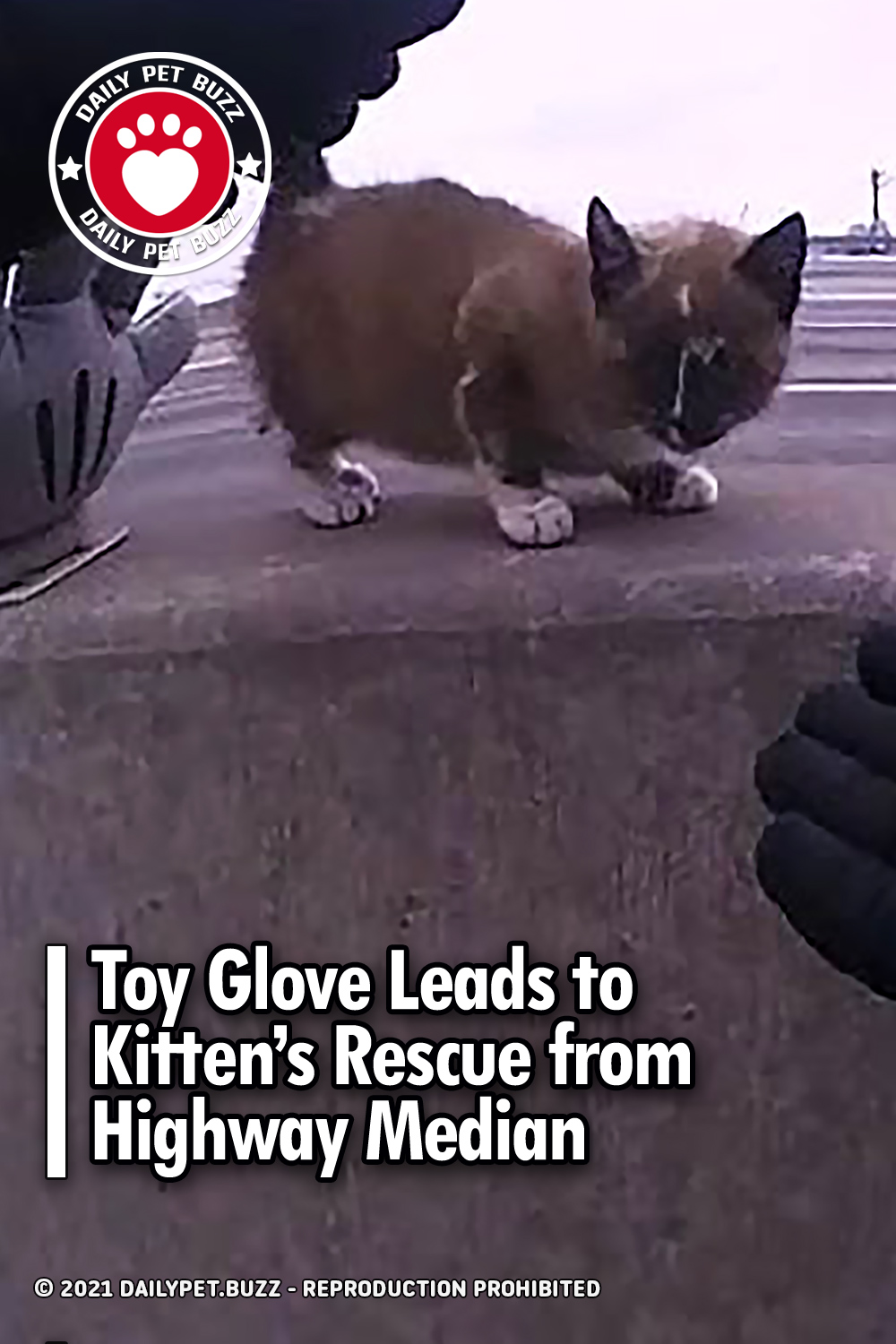