Cedar Wright and Alex Honnold hold expeditions all over world. They are devoted to testing the limits of their survival; they have named these events ‘sufferfests’ . To their surprise in one of their runs, they found an absolutely adorable puppy.

During one of their excruciating journeys the crusaders stumbled upon  him, abandoned inside an old tire in the desert. They decided they couldn’t abandon the puppy, instead he became a team member and obviously, they named him ‘sufferpup’ .  He tagged along  with them as they biked about 800 miles and climbed 45 towers in the Southwest. They even made him his own little bed !

The best part of the story is that Sufferpup also saved Wright and Honnold, his companionship helped them pull through in high-spirits against every challenge they faced!   When they were pushed over the edge and thought they weren’t going to complete their trip, at the end of the day cuddling with the puppy was heartening!

The video above features this amazing story of friendship and survival. You will see how the two explorers saved and interacted with their newfound friend. How they accommodated him an how he became an indispensable part of their team!  Just wait until you see him all grown up!

Watch the video above and share it with your friends! 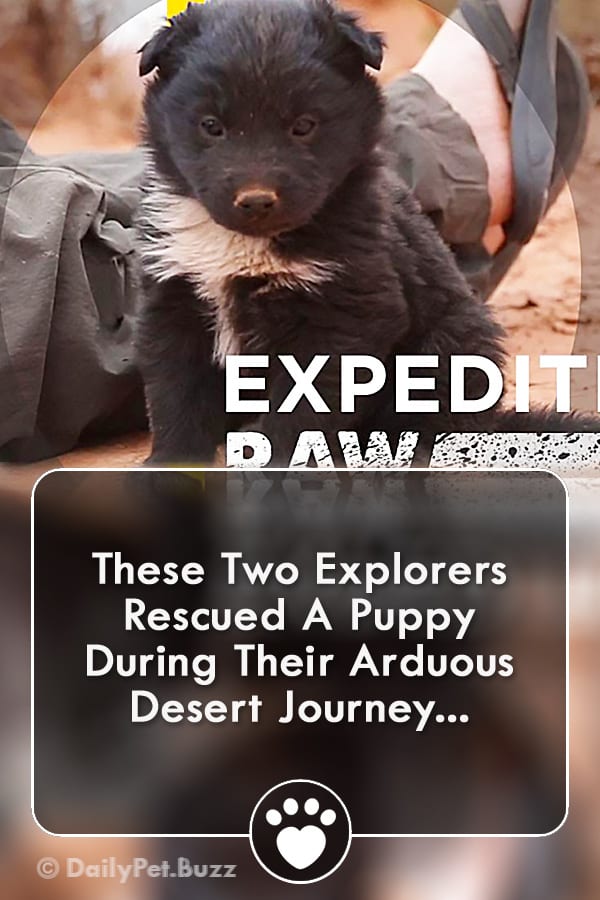