It was only two years ago when Rocko, the Great Dane puppy was adopted by a Nevada family and found himself happily in a permanent home. They knew that Great Danes grow to be some of the biggest dogs around, but they never expected him to become THIS large! He was soon a bit too big for their own home!

After only a few weeks, they noticed that he kept growing and growing at a very fast pace, being noticeably bigger than when he first stepped into their warm home. And now, by the time the video was recorded, he weighs over 160 pounds, and is taller than an average man when he stands on his two back legs. What an impressive figure! And the best part is that, since he is still so young, he acts like a puppy, and he’s not far from being one, based on his age. It’s just that he grew at an unbelievable rate, and he never stopped.

He’s an adorable little puppy inside. His owners said that he still gets scared when he hears animal noises outside or in the TV, and he still climbs on top of people despite his enormous heart. It seems his heart matches his enormous size!

Watch this cute doggy on the video above! 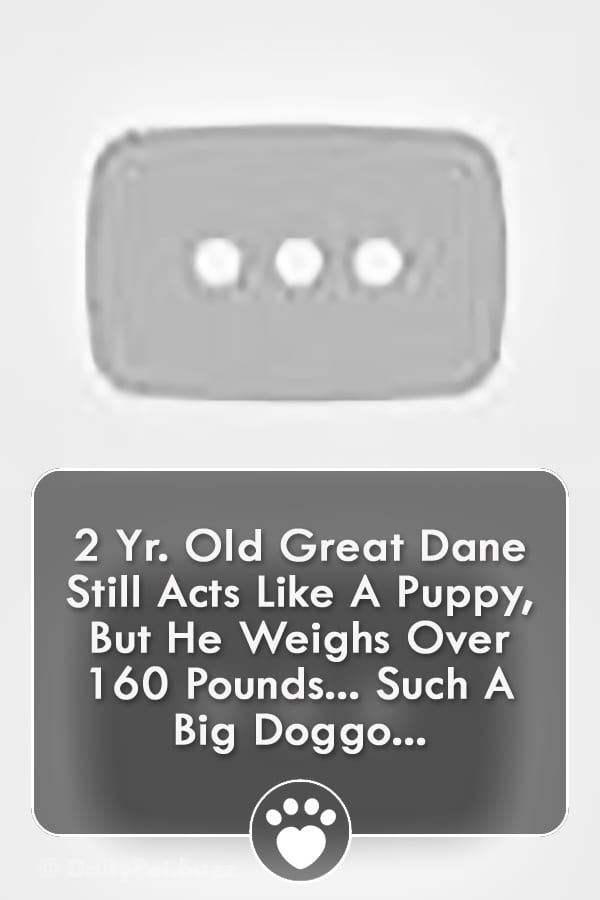