Pet parents do some pretty silly things with their furry friends, and that’s when they know other people can see them. Just imagine how things get when they’re all alone together. One woman knew her husband and their dog liked to hang out on the sofa together. She also suspected they got up to silliness when she wasn’t there. Being just slightly nosy while also having a taste for practical jokes, she decided to set up a hidden camera…

Dogs and people get along amazingly well. This has been going on since at least the end of the last ice age, over 15,000 years ago. For much of this time, dogs were kept as working animals. They turned out to be great at guarding people and places, chasing vermin, helping with hunting, and herding sheep. In more recent times, working dogs have taken on tasks as diverse as guiding the blind, sniffing for contraband, acting in movies and television shows, and serving as therapy dogs. But when we think of dogs, we usually picture them in their role as beloved pets.

The woman who planted the camera was on to something. Her husband and the dog did indeed get up to silliness when she wasn’t around. However, it may not have been anything like what she imagined. In the footage she obtained, the two of them were sitting on the sofa when they looked at each other and started dancing! Yes, dancing. Her husband and their dog are busting out the moves, following their own unique choreography. It’s really cute; she surely got some giggles out of it, too.

You can see the dancing for yourself in the video that’s posted below. You won’t be surprised to hear it’s got over 28 million views!

Did seeing this man and dog dance bring a smile to your face? Let us know in the Facebook comments and be sure to like and share! 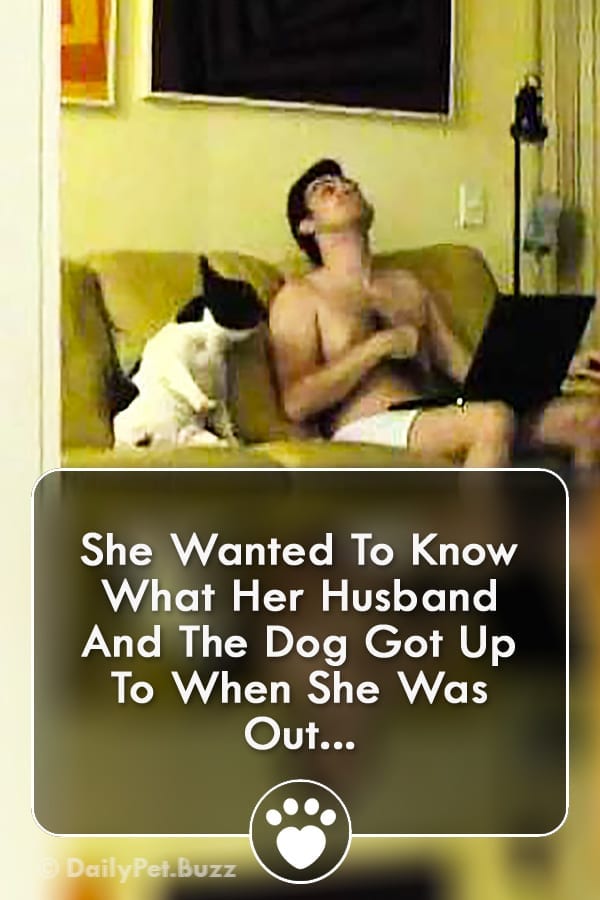