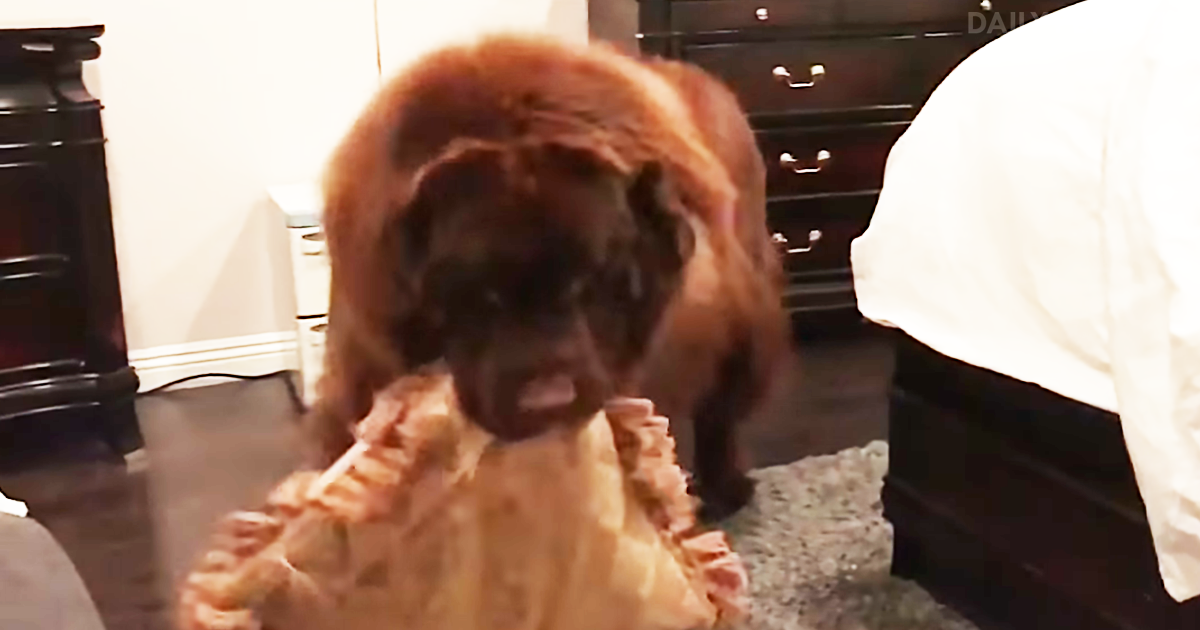 There’s no denying that dogs are hilarious creatures. With their ridiculous behaviors, habits, and tendencies, there’s no telling what trouble they’re going to get themselves or their humans into next. While most of their shenanigans are adorable in every way, some of them can be a little inconvenient, especially when they do something involving furniture.

Whether dogs are acting too rowdy and break something on accident, make a mess on the carpet, or tear things up when their families aren’t around to see it happen, these creatures sure know how to do everything you’re not supposed to do with certain appliances.

Take Samson, for example. This precious Newfoundland is a big cuddle monster, but sometimes he acts quite naughty. Samson stole one of his family member’s pillows. They just wanted to be comfortable as they studied and relaxed for the evening, but their pooch had other ideas. He tried to play nice and return the stolen pillow as a sweet gesture, but it turns out he was only pretending.

Immediately after doing the right thing, Samson was back at it again as he attempted to take it for himself a second time. He’s lucky he’s cute because he wasn’t exactly being the most gentle with the furniture. Just wait until you see this sneaky pup try and bring the pillow away from his family and keep it for himself.

Dogs love tug of war, but this dog won’t even let anybody else have a chance at winning. You have never seen a pooch so determined to take over something as simple as a pillow. Dogs can be so territorial, but maybe Samson just wanted to take a really good nap. Don’t miss Samson and his determination to keep the pillow in the video below. 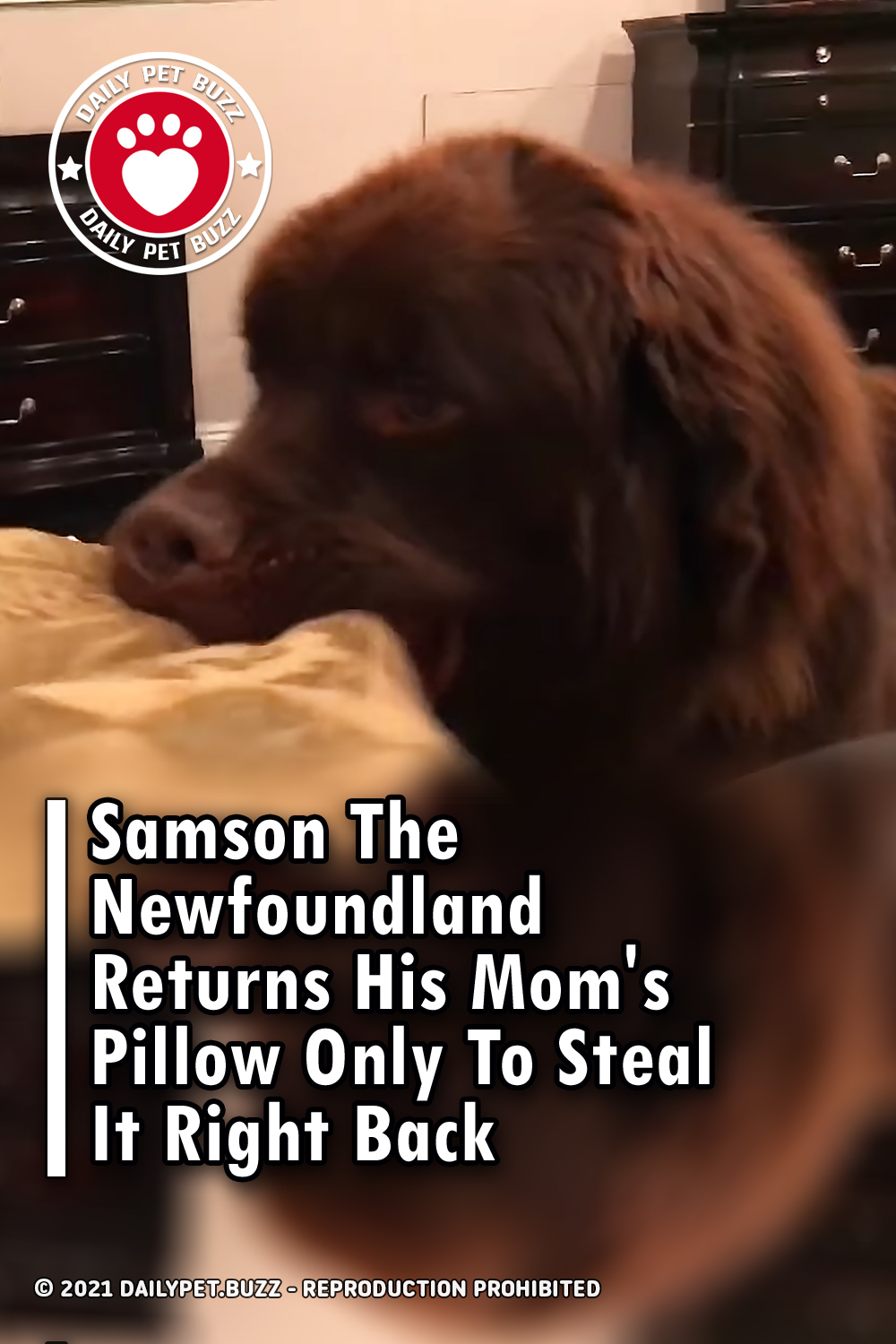