Cruz was a two year old pit bull living on the streets when he was finally rescued. Not only was he dirty from living without proper care, but he was sick and infested with ticks. He was so apprehensive about being approached by his rescuers, they needed to use a choke stick to bring him to safety. Like with many pit bulls, they misidentified him as aggressive, making it highly unlikely that anyone would take a chance on him.

A shelter employee named Maria Sanchez wasn’t having any of it. The lengths she was willing to go to prove everyone wrong had everybody questioning her, but she knew Cruz couldn’t possibly be as mean as everyone thought he was. She tried to coax Cruz out of his corner, encouraging him to come give her a chance to show him some much-needed love. As he wagged his tail and started to respond to her encouragement, Maria got the sense that she was right about the poor pup.

She kept putting out her hand to try and bring him closer, and he inched forward, his loving eyes showing that there was a sweet personality caged inside. As he gave her a look that seemed to ask for a scratch, Maria decided to take her chances and reach out to him, hoping that all Cruz needed in order to relax and show his true colors was a little bit of kindness.

Once she did, Cruz was incredibly gentle with her and rubbed up against her hand, wagging his tail as he did so. She had to keep her guard up just in case the dog went on the defense, but see for yourself as Maria brings out the affectionate pooch she knew was somewhere inside. Share this video with your fellow dog lovers and leave your thoughts in the comments! 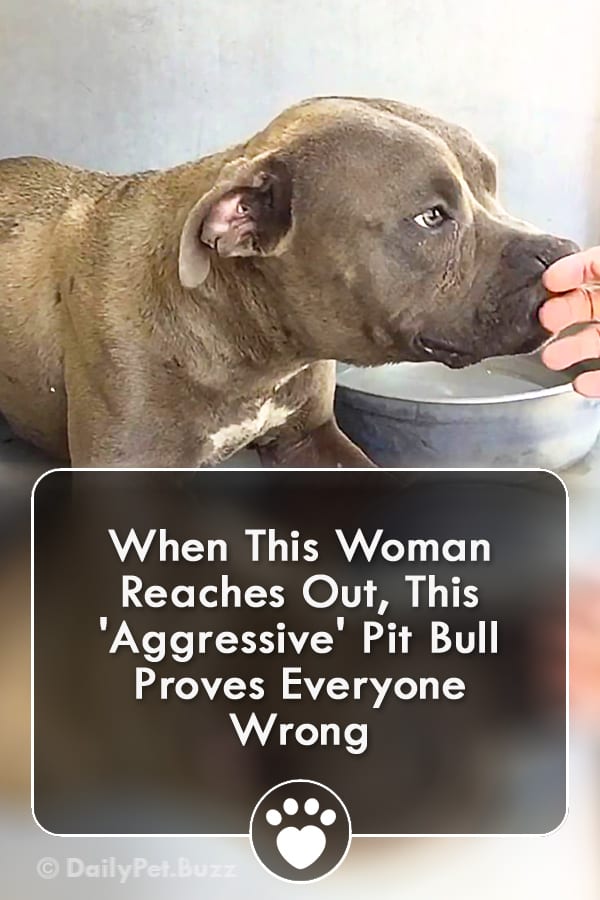