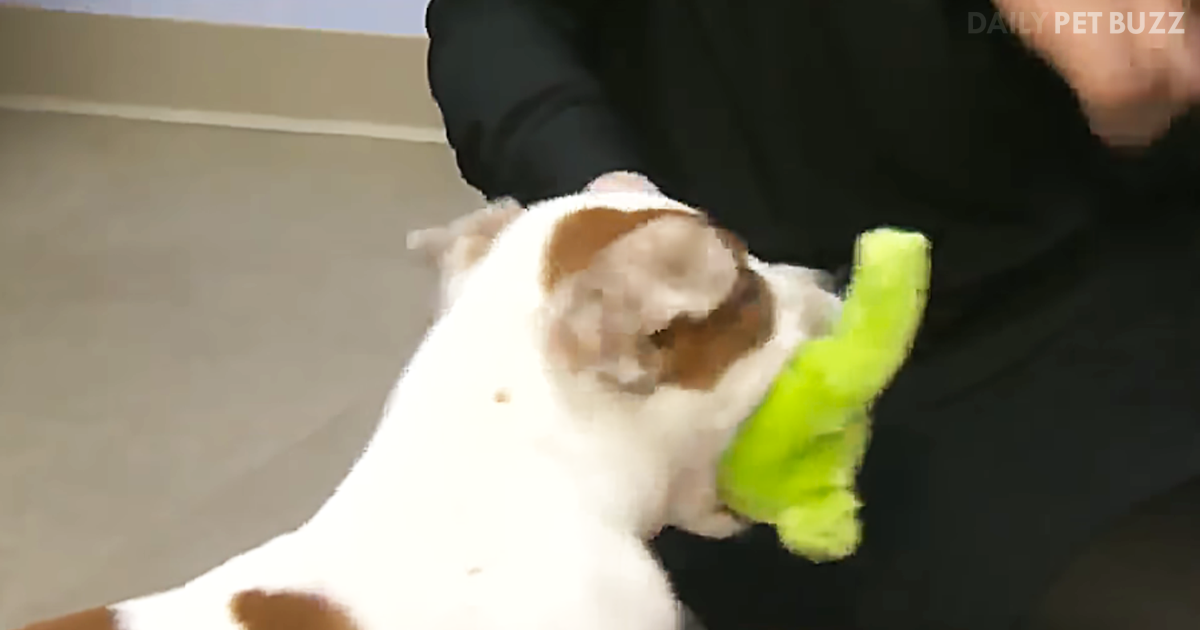 For now, he’s known simply as “The Puppy.” He’s a delightfully playful ten-week-old terrier mix, white with brown spots. His young life was nearly snuffed out after some sick person drove a metal rod through the little dog’s head.

It wasn’t The Puppy’s owner who harmed him, but because they couldn’t afford to have him treated, the owner decided to surrender him to the local humane society. And not to worry, the person who nearly killed this adorable little dog will be facing criminal charges.

When The Puppy was brought to University Veterinary Specialists, an animal hospital in Pittsburgh, the staff couldn’t believe he was still alive. A CT scan revealed that the metal rod had passed from one eye socket, through the dog’s brain, and out the other eye socket.

Surgery to remove the rod went well, and, incredibly, The Puppy made an almost instant recovery! “He’s a normal puppy. He’s bouncing around,” veterinarian Dmitri Brown explained, “It’s a pretty rare case to have a dog survive this kind of trauma. It was pretty disturbing to look at him. What motivates somebody to do that to a ten-week-old puppy that, you know, obviously has no defense against something like that?”

Donors quickly came up with the money to help the animal hospital cover the cost of the surgery, and now some of the very same people are lining up to adopt this wonderful little survivor. You’ve got to see for yourself just how well The Puppy was doing just days after his operation.

We’ve posted a local television news report below. This is both heartbreaking and heartwarming. But, I am taking away only the good – there are some amazing people out there that made sure this little guy will have a good life and home. 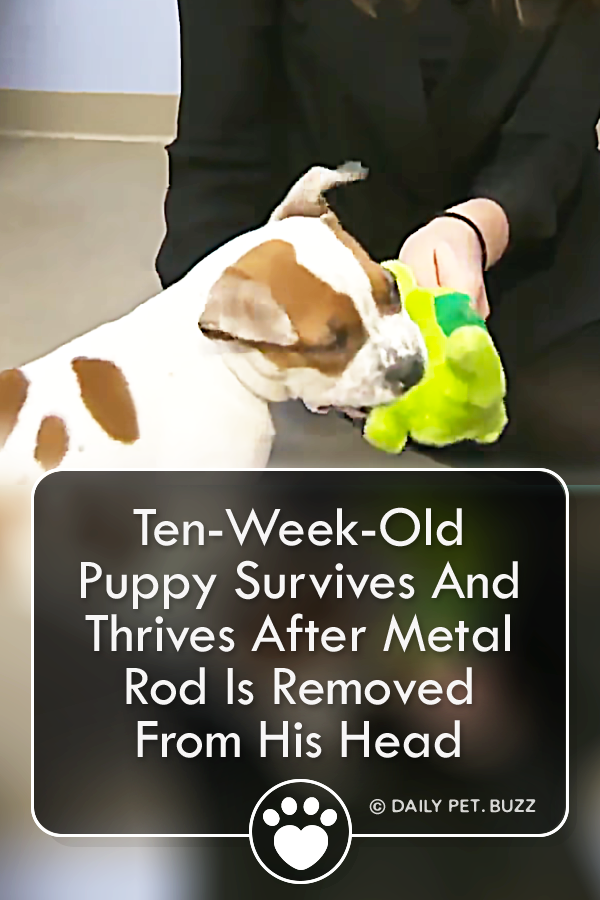