I love heartwarming stories about people taking advantage of contests and also proving a point! The following story is one of these examples. In 2012 Thayne Hamilton  entered a contest after being encouraged on Seattle-based Talk It Up TV. The winner of the $1,000 prize would be chosen by votes. When the TV station read Thayne’s story, they immediately knew he’d be the winner.

Thayne and his wife Christine, like many others, shared in their love of dogs. However it was the extent of their passion that made the difference! Over the past 10 years they’d taken in at least 20 rescue dogs at their home in Orcas Island, WA. Their home became the Grey Muzzle Rescue. This organization focuses on saving elder dogs that were abandoned, unwanted, and just suffered all around harsh conditions. These guys were very likely to be euthanized at many shelters. But Thayne and Christine cared for these dogs like they were family, and they did it all on their modest, fixed income.

Unfortunately Cristine got diagnosed with a terminal disease. She bravely decided to not pay for any treatment and just accept her fate. Preferring to keep Grey Muzzle Rescue open.

In the video above, Thayne invited cameras into Grey Muzzle Rescue, where Talk It Up TV gives him the surprise of his life! 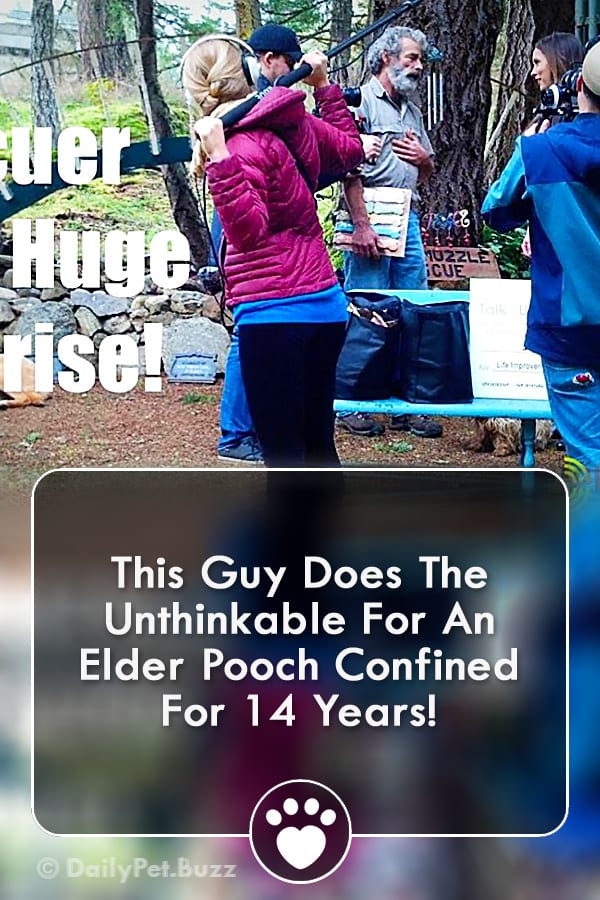