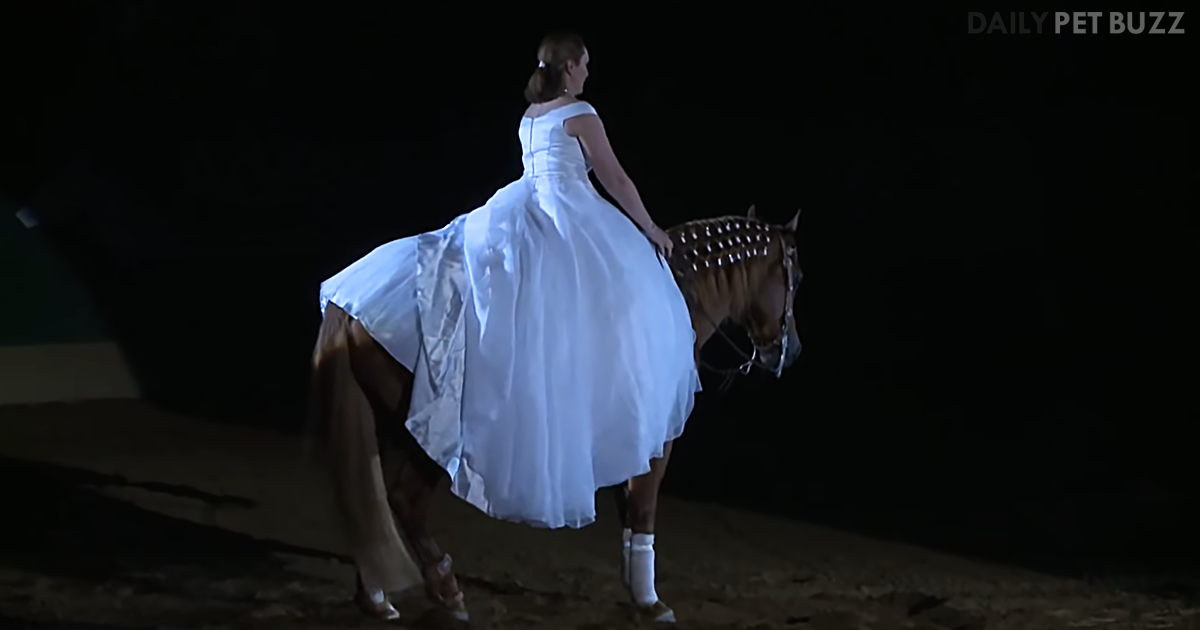 When Heather Johnson entered the arena with her horse, Double, they left their audience in utter amazement with their impressive routine. Heather dedicated this freestyle reining act to her aunt and her partner at the Kentucky Reining World Championship in 2014. Their performance will surely leave you breathless.

They performed to the song called ‘Same Love’ by Macklemore and Ryan Lewis. The stunning runs, the sudden stops, and the breathtaking spins left me awestruck. Johnson and Double scored a total of 225 points.

This emotional ride from the 2014 Kentucky Reining World Championship quickly became a fan favorite, and it is not hard to see why. Heather’s horse is beautiful with his braided mane, and she stuns in what looks like a wedding dress.

The horse gets a round of applause within seconds with his sidestepping moves. As the music speeds up, so does he, and eventually his is all-out running with a grace and speed you wouldn’t think a horse would have with a human on his back.

The lighting and music both add to the routine. The horse’s shadow follows him on the wall. It’s just beautiful — what a talented pair. I can’t imagine the number of hours it took for them to accomplish this degree of accuracy and perfection in their routine. This duo is sure to be performing together for a long time. They are perfectly in sync. Watch this stunning performance below. 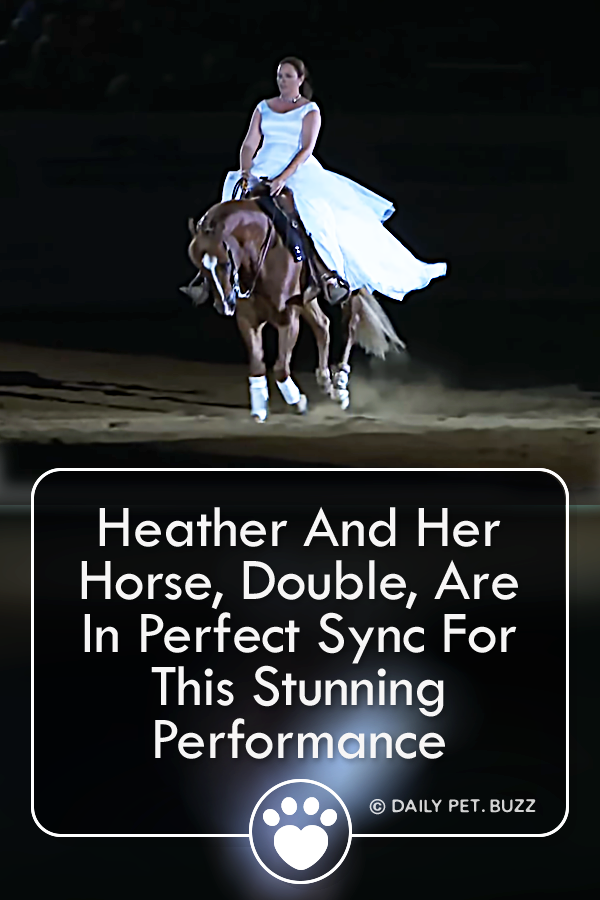