Bengal tigers are up there with the most beautiful animals on the planet. Beautiful, but deadly. They’re extremely powerful and daunting animals, and you’ll be lucky to get away should you come across one in the wild. They’re also one of the largest cats on earth, so it would be much less intimidating to view them from a safe distance. Unless you happen to be a pregnant woman it seems!

Many of us might even be nervous to come close to such a beast in a zoo, but Natasha Handshoe is not one of them. As she approached the magnificent animal’s enclosure with the desire to take a selfie, both her and her friends were astounded at the tiger’s reaction. She has always been a fearless person and one who likes to take chances. After all, she says: ‘Only the best photographers are the ones who are willing to risk it all to get the best shot.’

Most animals wouldn’t really care, nonchalantly walking away and ignoring the human presence. But this tiger spotted something different was sitting next to the enclosure glass. Perhaps displaying an unseen sense, it seemed to notice the baby bump, and then became incredibly affectionate for Natasha and the child growing inside her!

It was still nerve-wracking in spite of the deadly killer being behind glass. “I don’t know whether to laugh or to pee my pants” joked Natasha, as the huge cat appeared to nuzzle as close as possible to her. A friend behind the camera is heard to comment about her pregnancy, and Natasha stands to let the tiger investigate her belly! It is unclear from the video if the animal is male or female, but it certainly seemed to show an awareness of unborn life and genuine affection towards the mother. We’re guessing female then!

A spokesperson from pregnancy experts BabyCenter was quick to acknowledge the tiger’s reaction. ‘Your pets probably don’t understand that in nine months a new baby will be joining your family, but dogs and cats do detect differences in your mood, posture, behavior, and body chemistry that clue them into the enormous changes you’re going through.” It seems this tiger knew exactly what was going on!

So, while your parakeet might not nudge up against your bulging belly, perhaps your feline friend will. Just maybe not quite the same size as Natasha’s amazing cat encounter! We wonder if it would have been as friendly on the other side of the divide?! 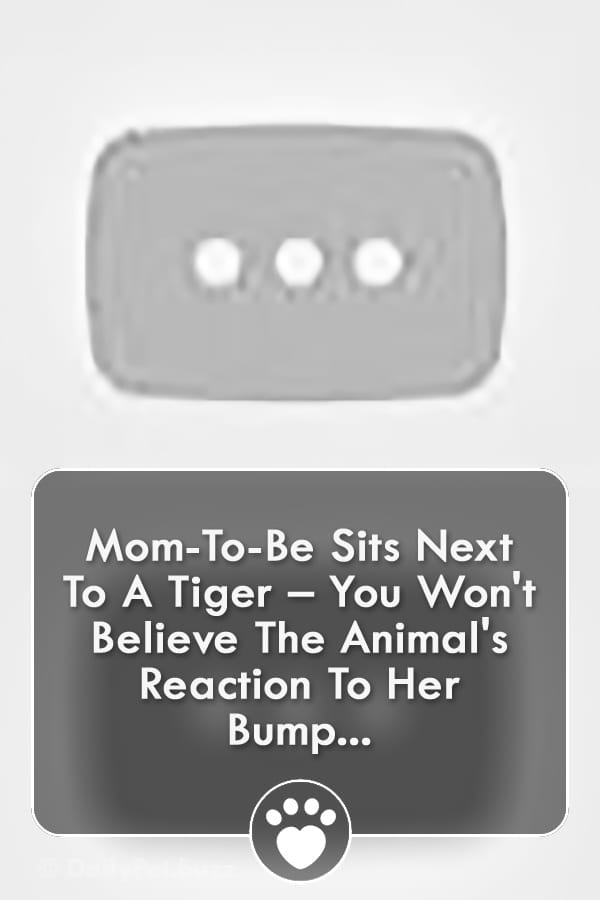