Among the animal rescues that I have seen, the ones that really impact me are the ones where wild animals are rescued. The reasons that people give for having these animals lying around are usually selfish. They just like the animals and want to have them as pets. Wild animals are no joke. A lion will never be the same and act the same as a housecat. Wild animals are called ‘wild’ for a reason. Very often they will respond to their instincts and these will be to do anything to ensure their survival.

Being in such an enclosed space as a home, even if the house has a large yard can be enough to drive them a little insane. They are used to running around with no enclosures. Then, a few people decide they want to have them at home to be able to upload a couple of pictures to their Instagram accounts. If that is not being selfish, I don’t know what is. Shortly after they arrive home, people then somehow expect them to behave like housecats or dogs. That of course never happens.

Many rescue groups have made it a point to rescue these animals and take to their natural habitat with a lot of success. The group Animal Defenders International (ADI) recently performed a wonderful rescue. A mountain lion named Mufasa had been forced to perform for a Peruvian circus. When the rescue group arrived, Mufasa the mountain lion was set free from his chains.

In Peru as in most Latin American countries, wild animals in circuses are banned. However, there are still some circuses that opt to do business in the shadows and not follow through with the law until they are forced to do so. They will keep wild animals in their acts as was the case of poor Mufasa. He would travel from town to town chained to a truck.

Animal Defenders International (ADI) was not going to let that kind of behavior slide. With great resolve, ADI tracked down each animal one by one. This was a time-consuming effort, but they managed to rescue them from their captivity. Thanks to their heroic efforts, Mufasa was the last wild animal to be rescued from that Peruvian circus.

People who were running the circus were not going to let everything just go down without a fight. The stand-off was so dramatic and intense that riot police was needed. Would you like to know how everything went down? Click on the video and be amazed! 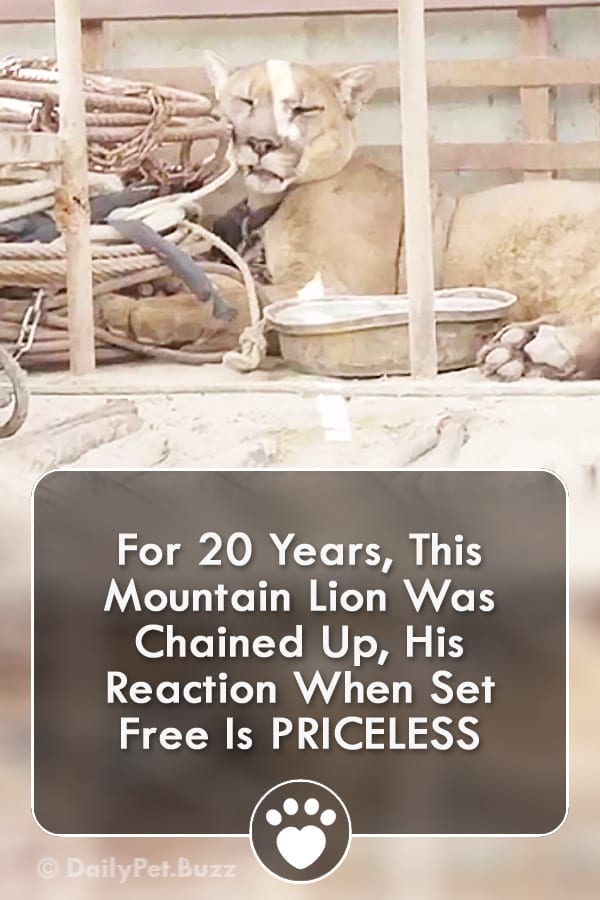