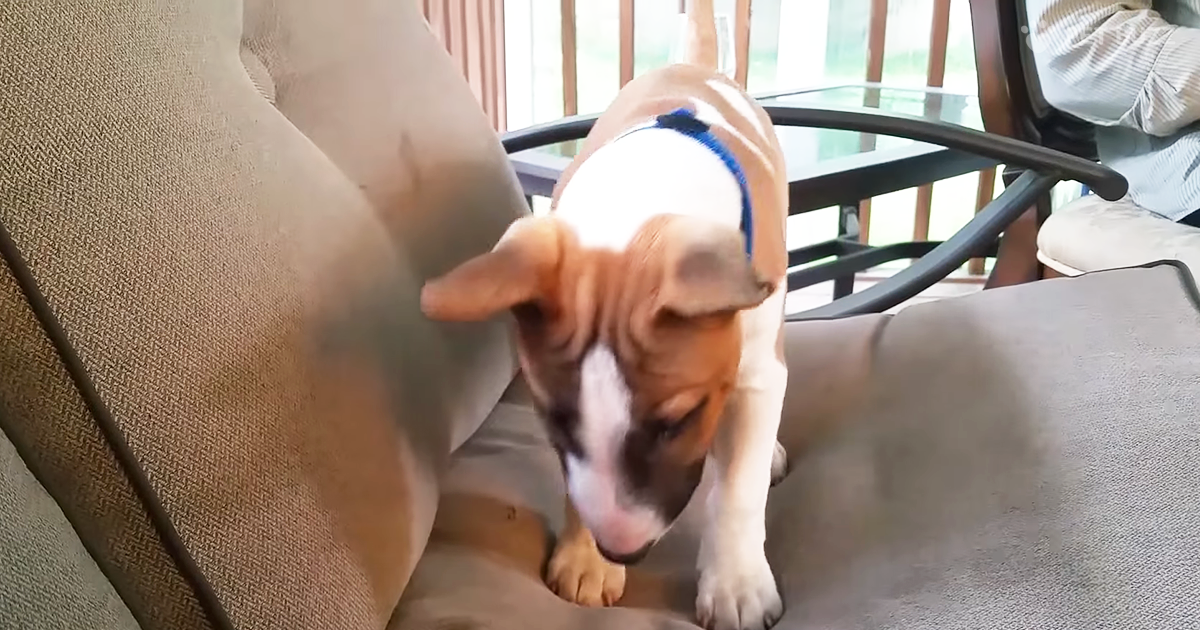 When the bull terrier puppy was on the couch, he noticed something strange that was following him wherever he went. As all puppies are, he was curious, and this set about a chain of events in motion that had all the people around him giggling and laughing. Even I was smiling from ear to ear after watching this video.

This pup’s reaction is absolutely priceless when he sees his shadow on the couch in front of him. He went on attack mode after noticing his own shadow. Watch how he jumps up into the air and dives his nose into the couch to get at his shadow. He even follows it across the couch as he walks across. This is so adorable.

I love how little ones go on a path of adventure and discovery as they notice things we take for granted, but this little puppy made a huge discovery that day, which took everyone by surprise. You know, by watching the video that the folks present in that room were having a good time at the puppy’s antics.

If I were there, I probably would’ve been holding my sides with laughter as well. I’m so glad that this moment was captured. We are sharing the wonderful good vibes from this video so make sure you click the clip just below. 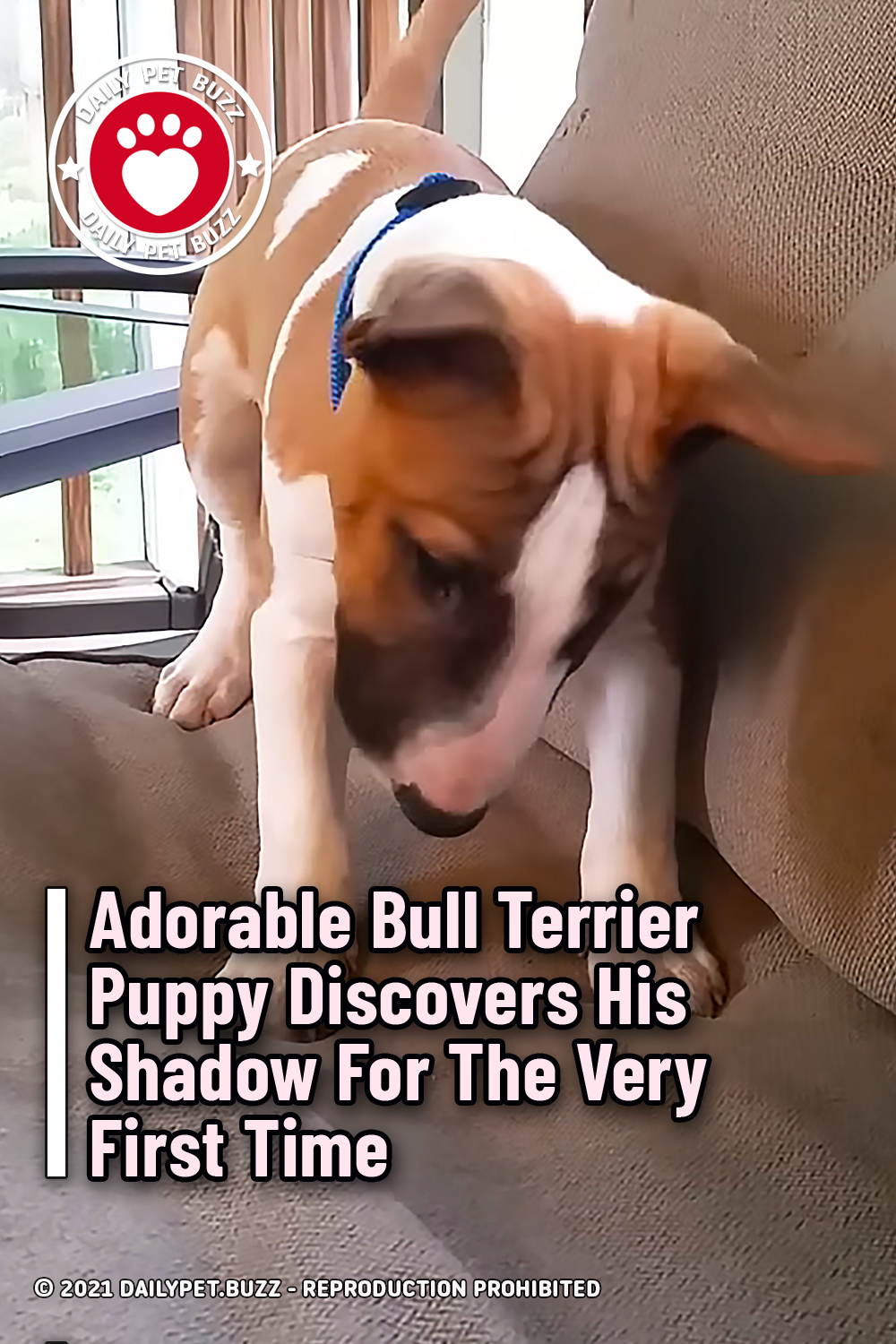