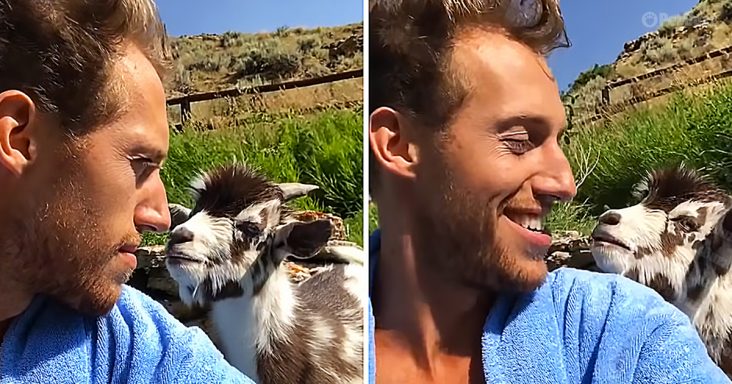 This adorable video of a man arguing with a goat kid got us convinced that maybe goats do understand us after all. While these two have a heated argument, we can’t help but wonder what they were arguing about.

Goats, unlike sheep, are known for their stubborn tendencies. And this baby goat just proves this. And in this case, maybe the man was being stubborn. However, whatever it is the goat wanted, he wasn’t standing down.

Being the adult here, the man continues to try reasoning with the baby goat and somehow manages to calm him down. At least his responses were calm.

For peace amends, the man asks for a kiss from the goat kid, who seems to agree but instead spits. This shows that the final solution was not mutual between the man and the goat.

Despite the arguing, it seems that these two share an unbreakable bond that no one can come in between. The interaction between the two shows that this is nothing they can’t overcome. If anything, they’ve had worse days.

Goats, like other animals, are emotionally intelligent. Although not as friendly a dogs, for a goat to be as comfortable with you as this one was with the man, they have come a long way.

Whatever it was that the two were arguing about, the goat was sure that he had his way. With the way things ended, It seems that the argument was to be continued later. 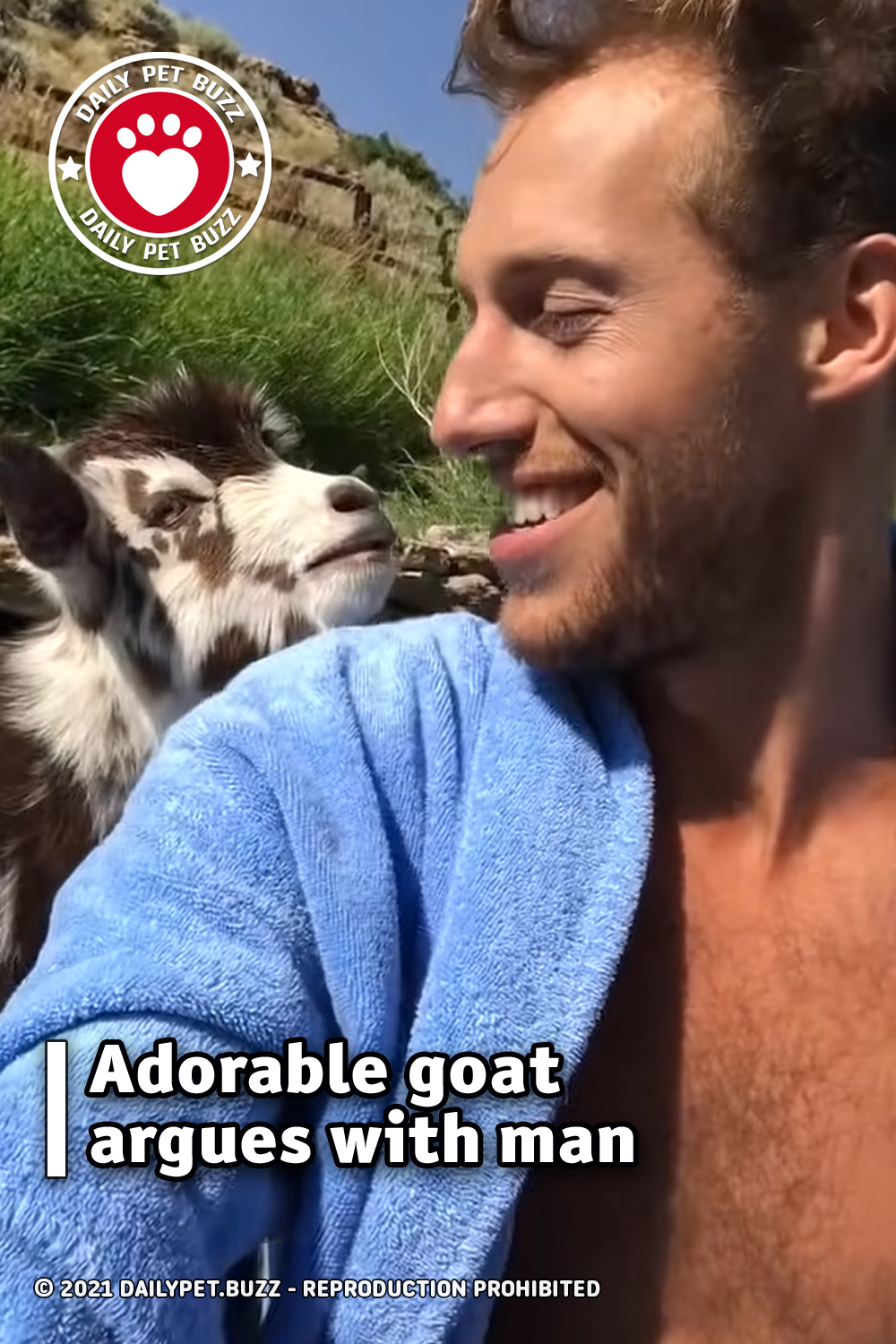