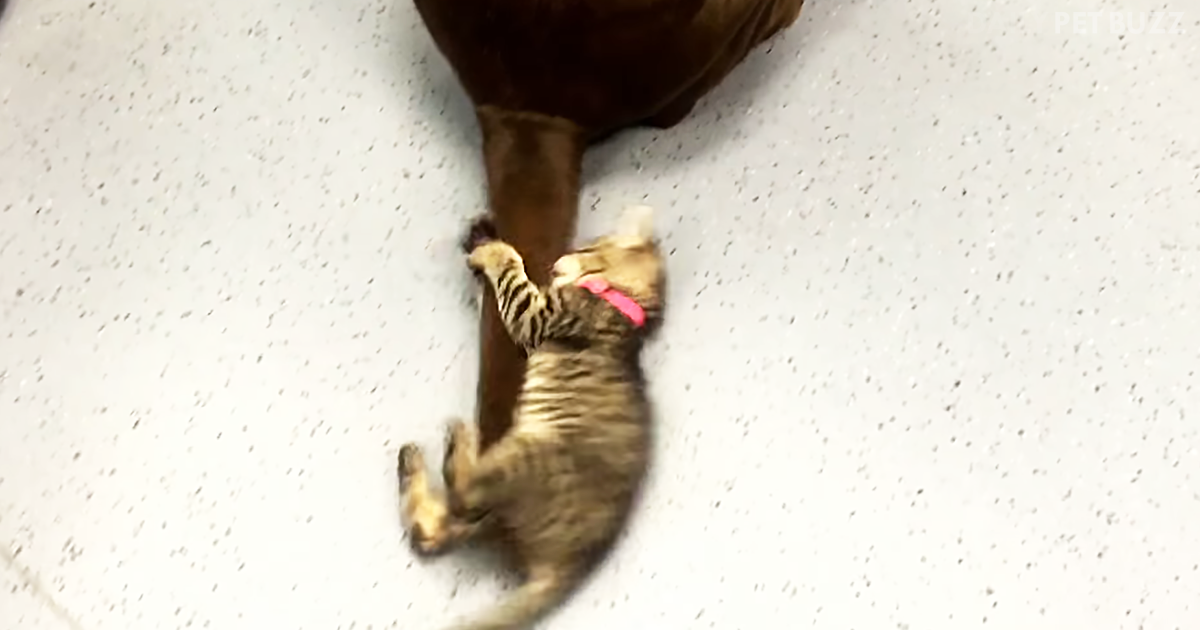 Kittens are just adorable. I challenge you to disagree with me. The little furballs, absolutely cute in all their daily attempts to do the simplest of things or even just to advance their hunting skills are so hilarious. Watch what this kitty does when he sees the family dog’s tail wagging furiously.

The kitten is in the kitchen and is just behind a chocolate lab that seems to be sitting in front of his dad. I’m sure the canine doesn’t even notice the tiny furry runt behind him as he waits excitedly for his treat. The kitten seems to view the wagging tail as an exciting toy to play with, even though it’s strong enough to knock her flat when it connects.

But she just doesn’t give up. I have to admire that. Persistence does pay off, after all. I love the way she tries to hold on to the tail with her paws, but it’s just so funny when her whole body gets shaken to and fro from the force of the dog’s moving tail.

The kitten seems to be having a blast, and this is one video you won’t get tired of watching. I’ve already watched it on loop, and I’ve been laughing for ages. I do have to admit; the dog is either very patient or just hasn’t noticed the furry feline. Why, the kitten jumps around to avoid being knocked by the tail, wrestles, and even gets sat on, which has the viewers hysterical with laughter.

I almost feel sad for the kitten when the dog gets his treat and walks away, leaving the kitten without any source of entertainment. This video was just so cute; I was saying aww between bouts of laughing. You know it’s a great video when you keep looping back to watch it on repeat. Check out the video below for some fabulous laughs. 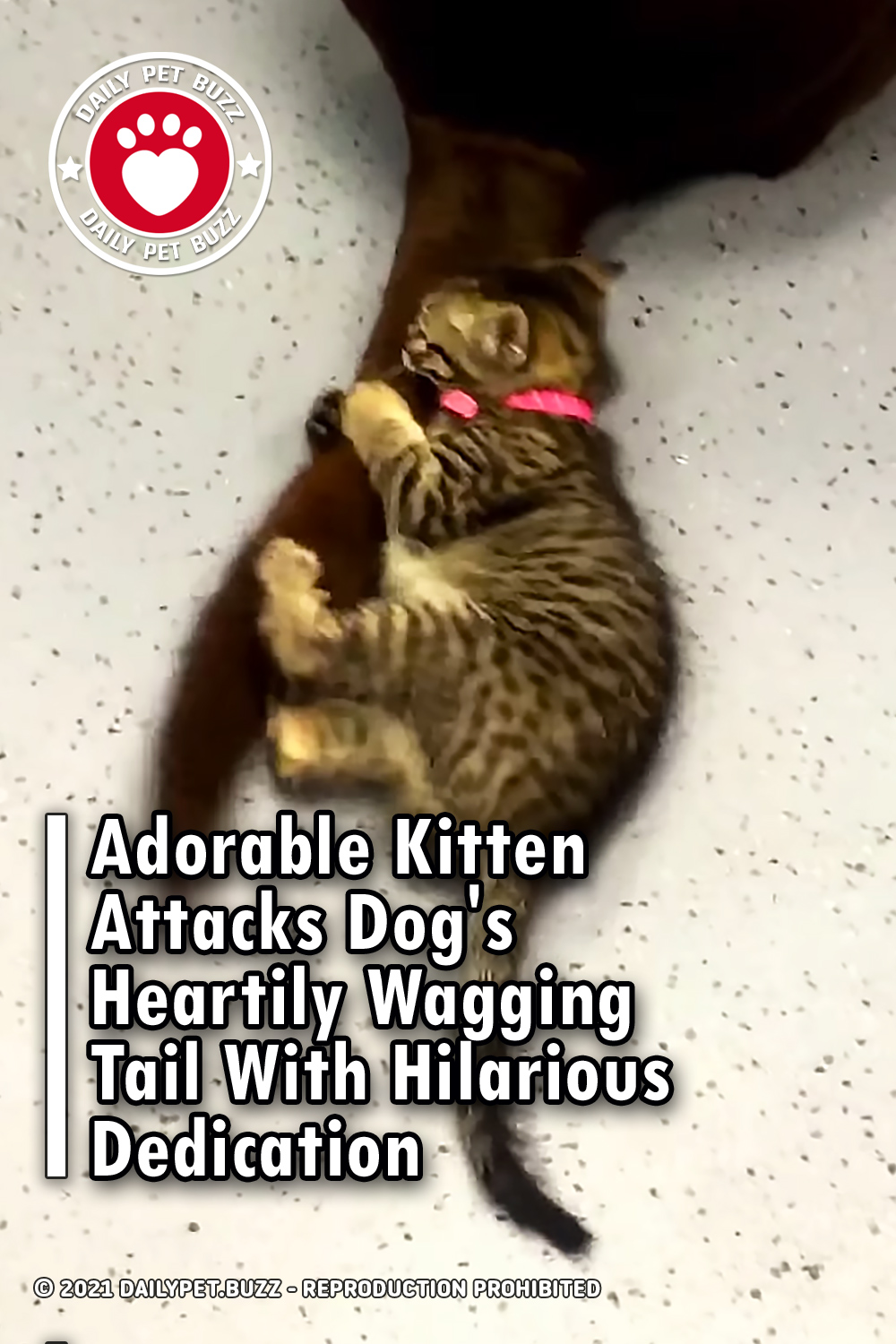