A lot of people come to the rescue when there is an abandoned pet on the street. And you’ve probably seen a lot of amazing rescue stories about heroes who go above and beyond to help save animal lives. However, there is one guy ” Eldad Hagar and his team of angels at Hope For Paws who can’t be compared to anyone, when it comes to abandoned, sick dogs off the streets.

This video features three tiny chihuahuas left for dead in the tough neighborhood of South Central Los Angeles. And their story, probably, is the most heartbreaking thing you’ve ever heard.

Two females and one male dog were abandoned in a parking lot, where they were starving to death. Luckily, a local woman was feeding them. Hope For Paws came just in time to rescue these pups as some criminals decided to shoot the tiny dogs with BB guns.

All the dogs ” Marty, Brooklyn, and Penny were cleaned up and cared for by doctors, but four days later, tiny female Penny died of heart failure. At least, her final days on this earth were happy ones. Marty and Brooklyn refused to be separated after her death and they were adopted together. Finally, all the dogs now know what love feels like!

Watch this video. Did you find it touching? Let us know through your comments! We’d love to hear from you! 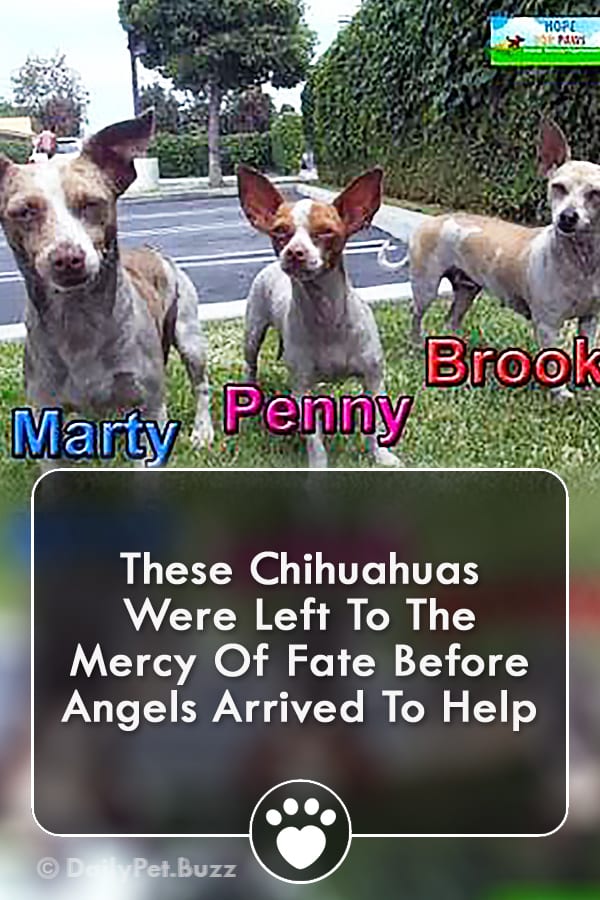