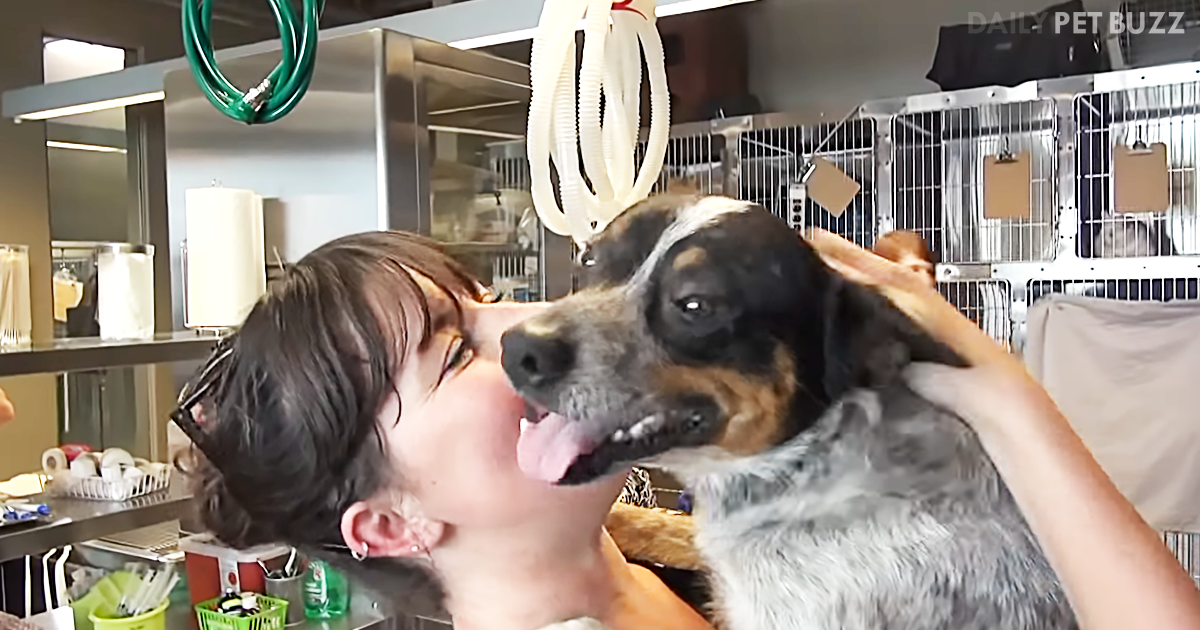 Hope For Paws is a non-profit animal rescue organization that has been working for the welfare of all types of animals that are found suffering on the streets or in shelters. They have carried out an astounding number of amazing rescues that have been able to touch all our hearts. They receive calls about suffering animals, and they answer that call.

This time they got a message about a terrified dog that had been living under a dumpster. The poor dog had been abandoned by his owners eleven months before, and he had been living there since. Whenever anyone came near him, he would get scared and run, hiding.

A good Samaritan left him some food and water daily for survival and kept searching for help. When he learned about Hope For Paws, he called them immediately. They came with cheeseburgers, and eventually, the dog would eat from their hands and let them touch him a little.

The pooch was wearing a collar and looked pretty healthy, but was very scared. After they took him to the center for a warm bath, his personality started to shine, and he was so friendly with humans and other animals, and very handsome. So now he is rescued and safe. They decided to name him Cowboy. Though Cowboy was sacred at first, with time, he started opening up. He is now adopted by a loving forever home. Check out his rescue just below. 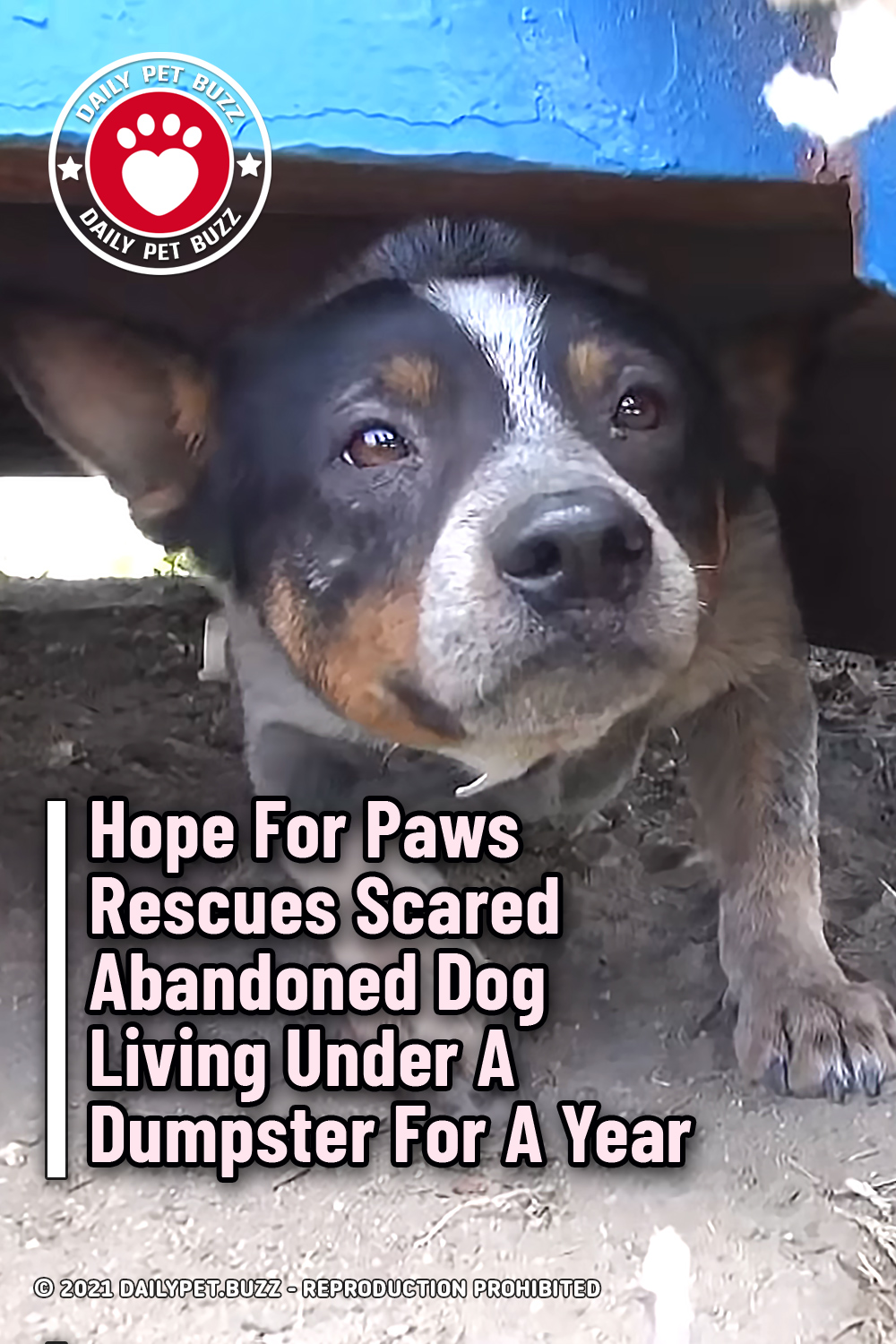